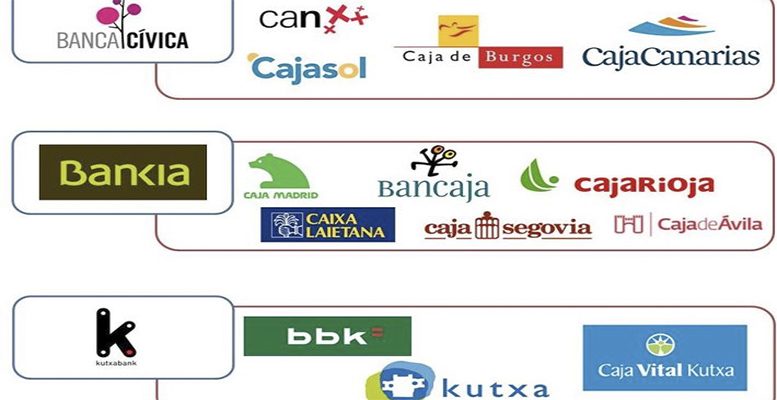 It’s something of a paradox that the banking crisis, and particularly that of the savings banks, merited very little in the way of an in-depth explanation when it happened. Only now, when the courts are opening systematic criminal cases, a parliamentary investigation commission has been announced and the Bank of Spain is prepared to provide a report on what happened. Just contrast this delay with the accurate diagnosis the British banking supervisor made in March 2009, as it also went ahead with concrete solutions. The Turner report is still an indispensable bedside book for understanding the earthquake which shook the global financial system to the core. And the man in the street didn’t take as long to condem the banks’ management, accusing them of looting and deceiving, while also harshly criticising the supervisors. Although such a backdrop is not suited to a calm, objective analysis, any kind of attempt to shed some light on the subject is welcome – no matter how late in the day.

The phenomenon of the financial crisis was, as always, the result of an excess of confidence. Beyond our frontiers, what triggered it was betting on the metaphysical impossibility that short-term interests would exceed levels judged as unlikely. Once this belief was established, it was quite natural for the banks to guarantee loans, hedging their risk via derivatives on interest rates. Or for bankers, who granted maximum solvency to this kind of guarantee, to deal with complex instruments where the wheat and the chaff were indiscriminately mixed given the security credit default swaps (CDS) offered. Lehman Brothers’ severe liquidity crisis and the authorities refusal to bail the investment bank out was enough to push the panic button. But the final blow was dealt by the fact that rates shot up, perforating the ceilings covered by credit insurances. Unable to provide additional collateral, the guarantors failed and their firm commitments were now meaningless bits of paper. A host of banks found themselves with portfolios full of illiquid instruments, which had an indeterminate value given the lack of market references.

So as you can see, something so pedestrian as an unexpected rise in rates ruined some institutions which were mutually tranferring risks without realising that, in the face of a systemic crisis, caution doesn’t work. Only those banks which stayed closer to home, like the Spanish lenders, managed to escape the initial toxicity of these structured products, with only a slight and not significant exception. That’s a futile illusion, since toxity has a lot of different faces. By importing a real deep crisis, we got caught up in a loop of massive illiquidity and deteriorating balance sheets. This is someting which hit entire industries unusually hard, particularly the property sector. And just when less sophisticated lenders like the cajas, but also some medium-sized banks, were completely focused on the mortgage business. Add to this the crisis of confidence in our debt and we have the keys to the collapse.

Apart from their not very ethical practices, the demise of the cajas is also down to excessive exposure to bricks and mortars, and the fact they financed assets with unreasonable valuations. Those who got involved with suicide mortgages paid the price of their risky adventure. The institutions which fed this process with as much levity as irresponsability found themselves trapped by growing asset imbalances. Undoubtedly, the Bank of Spain should have warned about this excessive concentration of risks. But it wasn’t easy to impose good sense in such a hugely optimistic climate. On the other hand, denouncing the situation would only have triggered a collapse, and had a contagious impact on the whole system. For that reason, the therapy chosen was a progressive cleaning up of balance sheets combined with recapitalisation. A massive restructuring programme which totalled 150 billion euros at end-2011.

The cajas received preferential attention, engaging in a generalised merger process ahead of their bancarisation. This was the correct decision, but the fact that it was delayed further weakened those savings banks with serious solvency problems. Furthermore, the very way in which the process was designed was hindered by trying to preserve political equilibrium. But there were very few alternatives: the main banks refused to take responsability. Only a smaller cajas were handed over in exchange for guarantee mechanisms which weighed heavily on the public coffers.

Given the extent of its defaults and its massive collapse, Bankia attracted all the attention. That said, Catalunya Banc and Novacaixagalicia’s bankruptcy did not lag far behind. The entity which caused the most headaches is a paradigmatic example of the successive errors involved in its demise. Far from reducing the problems of the savings banks involved in the”cold” merger, they just increased. In fact Banco de Valencia went bankrupt almost immediately.

Later there was the concentration of the banking business into a fledgling entity and the creation of a real bad bank to take on the damaged assets and the large portfolio of industrial stakes. The problem was that not enough restructuring had been implemented in the banking subsidiary or in the parent bank BFA. And so the need for capital, in order to boost its solvency levels, led to Bankia’s stock market listing.

Was there really any alternative? Of course there was, but it meant that Bankia would have been absorbed by one of the heavyweight lenders undamaged by the doubtful assets at the expense of the tax payer. In the end, the decision was to forge ahead, trusting in a net recovery in 2011. Not only was there talk of green shoots, but the most prestigious multilateral institutions were predicting significant growth rates until well into the year.

But even so, the crisis meant the situation could not be saved. The demise of BFA was just a matter of time. It was in a permanent state of technical bankruptcy due to a huge number of imbalances resulting from doubtful valuations in its balance sheet. The attempt to keep it intact so the participating savings banks would not lose all their investment, was just a device which the auditor could hardly endorse.

The house of cards finally tumbled mid-2012, unable to resist the earthquake which rocked the financial system after the public acknowledgement of a black hole in the Spanish banking sector. The markets closed access to all the banks. The weaker ones could not withstand this short-circuiting nor the demanding requirements on coverage, provisions and capitalisation contained in the two successive rounds of reforms. Not even the urgent banking bail-out granted by our European partners managed to brighten the horizon. Only Draghi’s stout defence of the euro, at the beginning of August, stopped the haemorrage.

So in short, there was no better therapy than the downfall of some of the cajas.