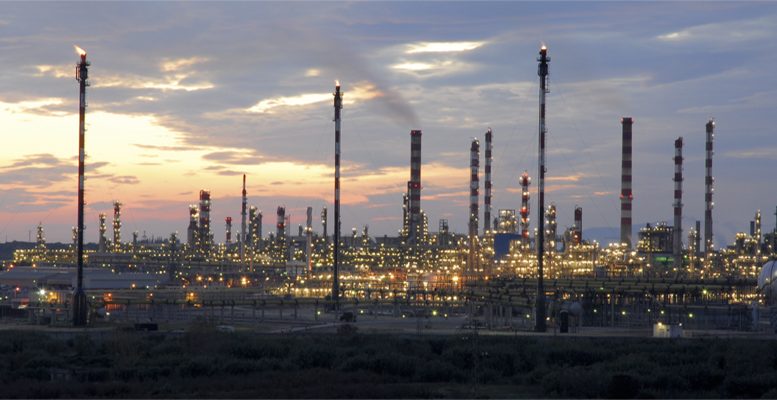 It’s normal in this country to hear a lot of people lamenting the loss of Spain’s industrial framework. Which is fairly logical: industry suffered severe cutbacks during the crisis, a time when entire sectors, particularly those linked to construction, property and public works, lost 30%-50% of their business. In fact our country was the one which lost the most industry during those black years.

That said, it seems we should start to be more optimistic. The latest figures have again confirmed what we have been seeing in the last few quarters: Spain is not only not losing industry at the moment, but in fact this is recovering very fast.

In January, for example, Spanish industry’s revenues rose 13.1% from a year earlier, the biggest increase since April 2008. At the same time, the order book rose 11.5%, the best figure since March 2011.

Most industries, as well as companies, curbed the job destruction process some time ago. After losing 1,800 companies between 2008 and 2015, the census of firms in the textile industry was stable in 2016. Now there are 3,562 active firms.

What’s the reason for this? Without doubt the recovery in domestic consumption, but above all to the progress in exports. In any event, while industrial exports to the Eurozone grew 9.4% last year, sales in Spain rose 14%. It was one of the first years when the domestic market behaved better than the overseas market.

What is clear, however, is that industry is exporting more and more. Last year, 2.43 million vehicles were exported, up 7% from 2015. The textile industry exported 7.3% more, once again beating records. It’s thought that this year the textile trade balance will even be positive for Spain. Even more spectacular was the 17% increase in medicine exports. And agri-food likewise: exports rose no less than 47% between 2011 and 2016.

It’s no surprise then that businessmen with industrial roots are little short of euphoric. In the Basque Country, every sector is forecasting it will “at minimum maintain and, in general, improve” its main indicators in 2017, after a “not bad” 2016. The leading industries in Euskadi are bio-health, automotive, food, energy and advanced manufacturing technologies.

In Catalonia, exports beat records for the sixth consecutive year in 2016, reaching 65.142 billion euros, up 1.7% from a year ago. The local capital goods industry sold 10% more overseas and the food industry grew 5.6%.

The possibility that industry could increase its contribution to GDP, now below 15%, to the desired 20% in 2020 is closer than ever. Reaching this level of industrial production would lead to the creation of nearly 1 million jobs in industry. This would be on top of  the 2.2 million already existing in the manufacturing sector. That’s good news, since those jobs are usually well paid.

Whatsmore, this revival is not due to the salary devaluations in the last few years, as some people believe. In those sectors which are more unionised, the decline in labour costs has not been very significant. Or, at least, they have not reached as far as the services sector. Everything points to Spain’s increased overseas industrial competitiveness being down to innovation and improvements in productivity. The majority of industrial companies have invested in new processes and products: some of them, even the small ones, are niche leaders in international markets.

In any event, in order for Spain to reach industrial levels close to those of Germany, experts say it will have to double its efforts, prioritise R&D&r and be partial to Spanish companies gaining size. It needs to transform and improve even further the industrial offer, increasing public-private co-operation and providing incentives for professional training.