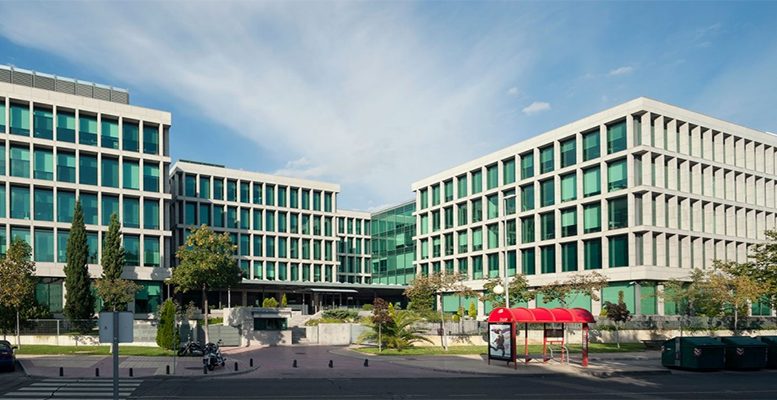 Since its stock market debut in July 2014, the trend in Axiare’s share price has been positive and it has appreciated 45%. This is the best performance of all the listed Socimis, outpacing the IBEX-35  index by 57% (it fell 12% over the period). The rise in the company’s NAV per share has reflected this upbeat trend, increasing over 30% in three years.

Axia Real Estate (Axiare) is one of four Socimis which started trading on the stock market in 2014, given the improvement in the outlook for Spain’s property market that same year. The other three were: Hispania, Lar España and Merlin Properties. Axiare’s market capital is 1 billion euros.

For example, Class A offices, or those with the potential to be so, in prime business centres and areas in Madrid and Barcelona. Or logistic platforms in the main distribution corridors and consolidated commercial locations throughout the country. Axiare’s investment philosophy consists in buying property with which it considers it can create value by managing it well.

The value of the portfolio in September last year was divided up into offices (67.5%), logistic platforms (19.5%) and other commercial assets (13%), mainly warehouses. Axiare’s disciplined investment policy has allowed it to acquire top quality assets at an average discount of 15.7% compared with the replacement cost of the portfolio.

From a competitive point of view, Axiare is doing better than the market. The rental market is gaining momentum and investor interest in the limited Grade A space available is also increasing. Of the SOCIMIs, Axiare is the most exposed to the recovery in Spain’s real estate sector, given the fact its portfolio is diversified across various sectors which are benefiting from the recovery (like hotels). Furthermore, there are no private contracts in its portfolio which represent an important part of the valuation.

Axiare’s 9 months results were in line with consensus and did not have any significant impact on the share price. Gross revenues from rentals rose 22.5% to 30.47 million euros, while EBITDA increased by 27% to 22.5 million and net profit rose 145% to 91.3 million.

General expenses rose 30.8% to 4.6 million euros in the nine-month period. The company put together its business structure and its team in 2015, the total mpact of which was felt in 2016.

At the end of the third quarter, Axiare’s gross debt stood at 387.5 million euros. Its cash position was 267 million euros at end-September, taking net debt to 128 million, including financial derivatives. The gross loan/value ratio at the end of the quarter was 36.5% compared with 38.8% at end-2015. The company’s objective is to limit its leverage to 50-60% of the value of the assets in portfolio (just taking into account the debt related to these assets).

Axiare is trading at a premium to the sector, both in terms of EV/EBITDA and price/book value.

Bloomberg analysts’ consensus estimates a target price for Axiare of 14.47 euros per share, offering a potential upside of 5%. Over half the analysts (57%) have a buy recommendation on the stock, while 28.5% have a hold and just 14.5% a sell.