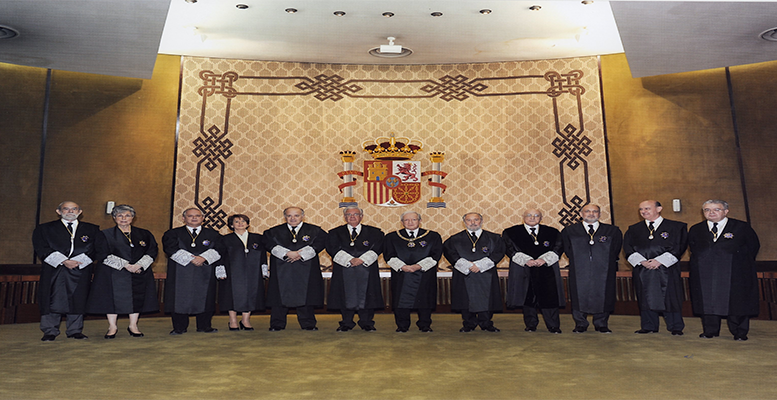 The Government is preparing a plan B so that the two magistrates it has appointed to the Constitutional Court (TC) can take office even if the General Council of the Judiciary (CGPJ) does not appoint its own. The measure would be implemented via amendments to the text of the reform of the Penal Code, according to PSOE sources.

A third of the TC magistrates have had their mandate expired since last June. These are the president, Pedro González-Trevijano, the vice-president, Juan Antonio Xiol, and the magistrates Antonio Narváez and Santiago Martínez Vares, whose renewal corresponds to the Government and the CGPJ.

The Executive of Pedro Sánchez has already made a move and has proposed that the replacements to be appointed are the former Minister of Justice of his own cabinet, Juan Carlos Campo, and a former senior official of La Moncloa, Laura Díez, who was until April Director General of Constitutional Affairs and Legal Coordination of the Ministry of the Presidency.

The Government thus decided not to wait for the CGPJ, which should have appointed its candidates on 13 September, despite the fact that the Constitution establishes that the renewal of the court must be carried out by third parties. In other words, although La Moncloa and the judges’ governing body can each appoint their two magistrates, all four will have to take office at the same time.

The manoeuvre, in any case, was intended to put pressure on the CGPJ to put its two names on the table, something that has still not happened. For this reason, the central government is proposing a modification to put an end to a situation of deadlock for which it blames the PP. The President of the Government himself assured on Tuesday in a huddle with journalists at the reception for Constitution Day that before the end of this year at least his two magistrates will have joined the TC.

The incorporation of the amendments that would allow this option is expected to take place this Friday through the reform of the Penal Code, which will also repeal the crime of sedition, replacing it with the crime of aggravated public disorder, and will consider the modification of the crime of embezzlement.