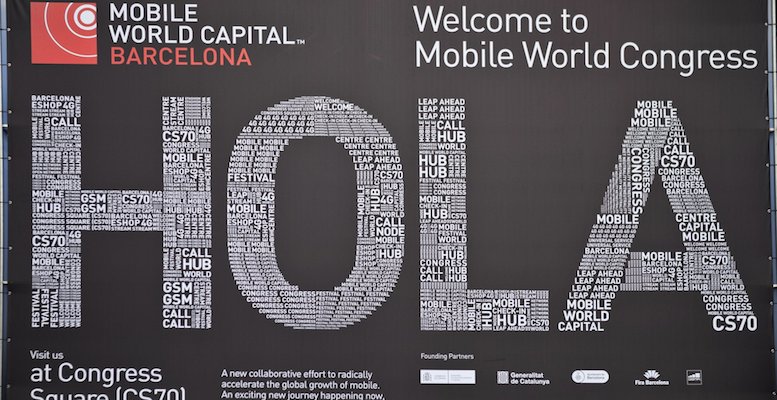 The 1st MWC Barcelona was in 2006, but it wasn't until 2011 when #Barcelona was designated as the mobile world capital

After the 2020 edition was cancelled due to the outbreak of the pandemic, the 14th edition of the Mobile World Congress opens today at Fira de Barcelona’s in the city of L’Hospitalet de Llobregat (Barcelona) in a hybrid format.

As reported by Europa Press, the event expects to bring together between 30,000 and 50,000 attendees, 300 exhibitors, 600 speakers and 350 startups spread over 100,000 square metres, which will be combined with the digital format.

In 2019, the event gathered 109,000 attendees in 120,000 square metres, while in 2020 the organisation decided to cancel due to the pandemic, which led to some thirty companies opting not to attend.

The CEO of the GSMA, John Hoffman, announced in September that the fair – normally held between February and March – would be postponed to the end of June, also due to the pandemic, and assured that in 2022 it will return to Barcelona in February and to Shanghai in the summer.

The MWC will also donate 300,000 euros to the local economy for recovery, to create jobs and to recognise the activity of numerous sectors through programmes against Covid-19.

In addition, this year the GSMA is offering a reduced ticket price of €21 to Spanish workers in 11 sectors – such as automotive, education and e-commerce – and will donate part of the proceeds.

The event will once again showcase the latest mobile technologies on device innovations, advances in the implementation of 5G networks and connected cars, despite the fact that more than a dozen multinationals have cancelled their physical attendance.

The main themes will be innovation and leadership, with specific aspects such as ‘blockchain roaming’ for control and ownership of information. There will also be reports focusing on gender equality in the industry, the mobile economy, climate and artificial intelligence.

The inclusion of women in the industry will be addressed through the ‘Diversity4Tech’ programme, which will feature GSMA director general Mats Granryd at 10am on Tuesday.

The latest mobile trends will continue to focus on foldable and smart phones with multiple cameras and long battery life.

Amongst the entrepreneurs from the technology sector, Tesla founder Elon Musk, who will be giving a virtual conference on Tuesday afternoon, particularly stands out.

Beforehand, the Chairman of Telefónica, José María Álvarez-Pallete, will take part in the opening session of the Congress, which will also include the CEO of Orange, Stéphane Ricard, and the CEO of Deutsche Telekom, Timotheus Höttges.

On Monday afternoon, Álvarez-Pallete will participate in another meeting on digital humanism, where the thinker and author of ‘Sapiens’ and ‘Homo Deus’, Yuval Noah Harari, and the anthropologist Juan Luis Arsuaga will be present.

Despite the absences due to the pandemic, other leaders of large business groups will appear during the congress, such as the CEO of IBM, Arvind Krishna, who will also speak on Monday afternoon. Also the CEO of Accenture, Julie Sweet, and the CEO of ZTE, Xu Ziyang.