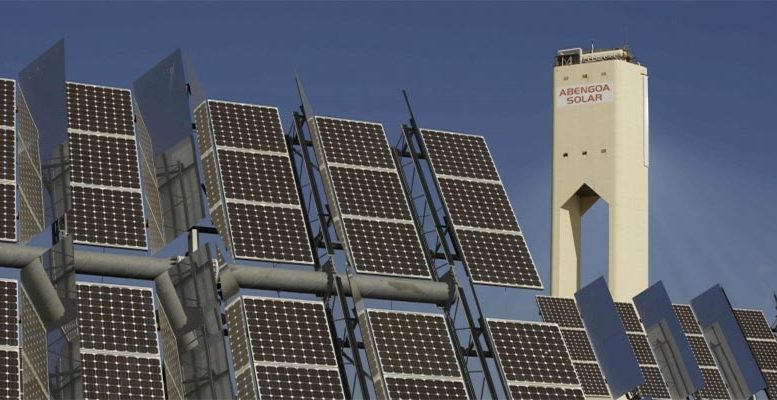 On August 6th, Abengoa was once more rescued agreeing a five-year loan for up to €230 M

Abengoa Abenewco 1, the company emerging from the Spanish engineering group’s third rescue process, has put 24 subsidiaries up for sale.This operation will serve as compensation for the creditors and suppliers who will assume the removal and capitalization of their debt. And it is in line with the restructuring approved on August 6 by the main banks and investment funds with liabilities in Abengoa. These subsidiaries are located in countries such as Spain, USA, Mexico, Brazil, Peru, South Africa, Algeria, India, Ghana and Morocco. Furthermore, the firm maintains its intention of divesting its flagship project, the A3T cogeneration plant, in Mexico. That said, this asset is already linked to a convertible bond.

According to the restructuring agreement to which the elEconomista.es had access, the companies up for sale should be transferred within a year. Most of them are projects which have had the “for sale” sign on them for a while, and their valuation has deteriorated. In 2019, the 10 main assets had a net book value of 1.557 billion euros and a negative impact compared to 2018 of 118 million euros.

Meanwhile, Abenewco 1 will once again bring to the table the possibility of giving an industrial partner a stake in the company, once it has closed the current financial restructuring process. This is the third one since 2015. In addition, the company does not rule out resorting to the €10 Bn fund set up by the government to help strategic companies alleviate the effects of Covid-19.

On August 6th, Abengoa was once more rescued at the last moment after agreeing a five-year loan for up to 230 million euros. This is guaranteed by the ICO with its anti-covid guarantees. It also agreed a five-year guarantee line for 126 million euros, extendable up to 300 million to finance the group’s liquidity needs. The Andalusian regional government will contribute an additional 20 million euros to this. This funding will not be enough to pull the company out of the dissolution process, but it does provide a lifeline to keep it afloat. At least for the time being.