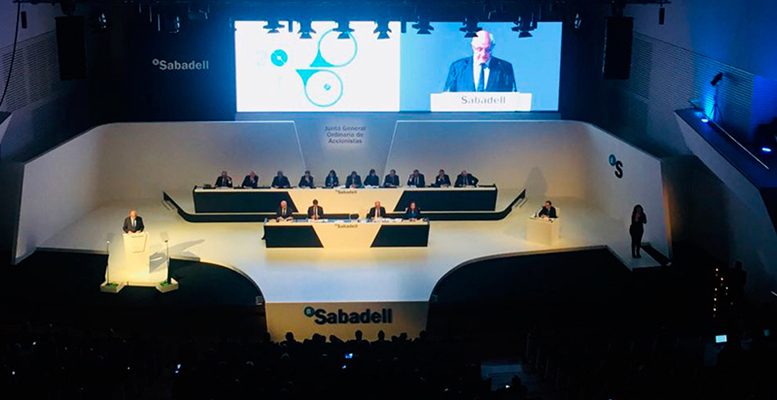 José Carlos González Vázquez (Professor in Commercial Law (UCM). Partner at MA Law Firm) | On September 7, the Official Gazette of the Spanish Parliament published the bill which will modify the consolidated text of the Capital Companies Act. This bill is basically a transposition of Directive (EU) 2017/828 of the European Parliament and of the Council of 17 May 2017 amending Directive 2007/36/EC as regards the encouragement of long-term shareholder engagement.

However, some other proposals, not present in the European Directive, have been introduced. Among the most controversial ones is this dealing with the so-called loyalty shares: shareholders of listed companies are given double voting rights if they hold on to their shares for an uninterrupted period of two consecutive years. This means breaking away from the sacrosanct principle enshrined in our Company Law of “one share, one vote” .

A detailed analysis of this bill lies outside the scope of this article. I’ll just try to justify the heading of this article and explain why this proposal is an unnecessary mistake and, fortunately, an avoidable one.

Firstly, it is a mistake because it is based on an axiom which is debatable at the very least and which isn’t backed by empirical studies. That being that the activism of certain institutional shareholders (namely hedge funds) has pushed management teams of listed companies towards short-term policies which, in turn, have made them take excessive risks which are seen as the main cause of the 2007-2008 international crisis. Therefore long-term value creation policies (sustainable capitalism) should be encouraged.

However, there are several empirical studies which prove that the results of companies which have been subjected to such shareholders activism improve when compared with the results of similar companies which have not, even when hostile tactics were used. These same studies prove that the value of shares increases following the activism of a hedge fund but it doesn’t decrease in the long-term after the hedge fund has withdrawn its investment. Therefore it doesn’t seem to be sensible to introduce this proposal without empirical proof of its advantages or without a study evaluating its impact on our listed companies.

Secondly, it is an unnecessary mistake because it aims to tackle a problem that doesn’t exist in Spain or in most of continental Europe, given the degree of ownership concentration in our listed companies. So the management teams of our listed companies don’t act under pressure from activist hedge funds with speculative aims but under the influence of controlling shareholders. Therefore this proposal, far from benefiting minority shareholders or encouraging more responsible governance, will benefit only management teams themselves and controlling shareholders to the detriment of the rest of shareholders. That was the reason why this piece of legislation was introduced in the countries which our legislators say to have taken as models, namely France and Italy. It was introduced to help prevent some of their large companies leaving after the state had lost its majority ownership, a soft alternative to illegal golden shares, which allowed governments to control companies in which they only have a minority ownership interest. Nothing to do with encouraging better corporate governance of listed companies.

On the other hand, this proposal will not make our stock market more attractive since institutional investors are not going to get more involved in management because their voting rights have been increased. I would go even further, it might discourage investment in companies with this measure in their by-laws because it favours management teams and the opportunism of insiders.

However, this measure is an avoidable mistake since it is not in the EU Directive. It was in the initial Directive Draft but it was dropped in the 2015 reform due to lack of agreement on how good it would be to encourage better corporate governance. On the other hand, if we look at what has happened in the few countries where this measure has been implemented, we find that it doesn’t seem to have been particularly successful.

All in all, if this proposal were dropped from the final bill during the parliamentary process, it would be a relief to almost everybody including the Spanish Central Bank, which criticized it and asked, without success, that the banking sector should be excluded from this piece of legislation.