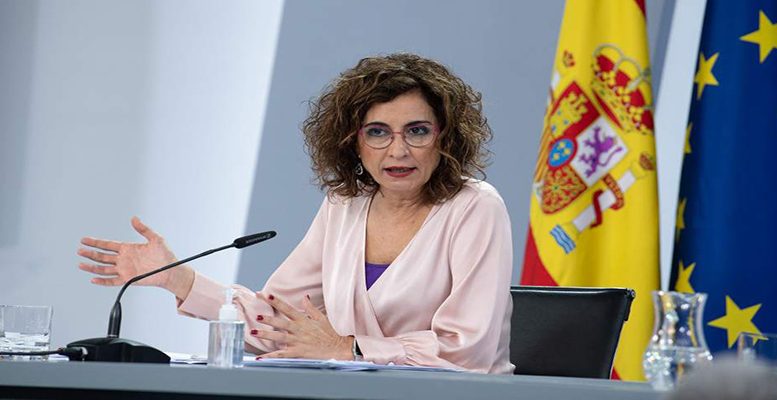 The development of a point that was already foreseen in the Basic Statute of the Public Employee in 2007 and which caused a great stir at the time, namely the possibility of dismissing civil servants who do not adequately perform their duties, has opened a rift between the Ministry of Finance and two of the majority unions in the Civil Service (CC. OO. and UGT). This comes at a time when the department headed by María Jesús Montero needs their support more than ever to move forward with one of the reforms committed to with Brussels: the approval of the Civil Service Law.

In a joint appearance, the spokespersons for the General State Administration of CC.OO. and UGT have described as “extremely serious” that the Government intends to use the law to regulate the dismissal of civil servants from positions they have won through competition based on a simple performance evaluation report without known criteria and with little transparency, in their view.

A communiqué issued by both trade union confederations questions the fact that a civil servant can be relieved of his or her post on the basis of an evaluation that “is presented as irrefutable” and in which “the person has no defence in administrative proceedings against a negative evaluation by the superior”.

The unions have warned the government that they will challenge the rule if the matter is not regulated with greater specificity and more transparency.
The controversy points to article 57 of the government’s draft bill, which states that “the continuity of career civil servants in jobs obtained by competition will be linked to the result of the evaluation of their performance, and may be removed in any case for lack of capacity for their performance manifested by an inadequate fulfilment of the tasks assigned, insufficient performance, or a lack of adaptation to the tasks of the job that cannot be made up for with training actions”.

The CSIF trade union also made clear on Wednesday its rejection of the Government’s “unilateral intention that civil servants can be removed from their jobs”. It demanded the participation of the trade unions to establish the criteria and due guarantees that allow the work of civil servants to be assessed and determined from the point of view of remuneration, promotion and the resulting consequences”.

The draft approved by the Council of Ministers, committed to Brussels within the Recovery Plan, elevates performance evaluation to the category of a key instrument “to improve the productivity of the different units and the quality of public services, aligning the objectives of the organisation with the work of the staff”. However, it leaves its specification to the eventual development of a subsequent regulation and in fact clarifies that until this happens, the internal organisation of the state will continue to be carried out within the current parameters.