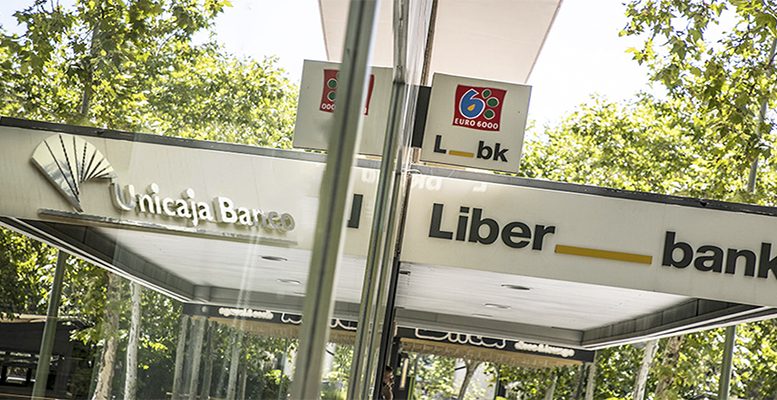 Spain's fifth bank will have an asset volume over €108 Bn

The boards of directors of Unicaja and Liberbank have finally approved the merger of the two lenders. Unicaja will control 59.5% of the resulting entity, while Liberbank will own the remaining 40.5%. This operation creates the fifth largest national banking group, which will start operating from June. It would be implemented through a takeover of Liberbank via a share swap agreement. The Andalusian entity (Unicaja) would have to issue more than 1,200 million shares to meet the exchange, according to market sources, using as a reference the agreed share distribution. The head office would remain in Malaga and Unicaja would be the brand name used.

The question of governance has been one of the most controversial points. In this respect, the agreement contemplates the following: the Chairman would be Manuel Azuaga (Unicaja), and the Managing Director, Manuel Menéndez (Liberbank). In two years, Azuaga would leave the Executive Chairmanship and would be replaced by a Non-Executive Chairman. At that point, Manuel Menéndez’s position would be voted on by the Board.

Azuaga and Menéndez will present the details of the deal at a press conference today. It is estimated it could generate synergies of 200 million euros, mean the closure of 400 offices (20% of the total) and an adjustment of 2,000 employees.

The integration of both banks would give rise to the fifth bank in Spain in terms of asset volume, at over 108 billion euros, with net attributable profit of around 102 million euros in H1’20 (61 million euros Unicaja and 41 million euros Liberbak). There is a network of 1,607 offices (1,028 Unicaja and 579 Liberbank) with 9,942 employees (6,274 Unicaja and 3,668 Liberbank, respectively).

According to Bankinter’s analysis team, the operation a priori makes strategic sense in terms of scale and diversification, as well as financial sense (efficiency and profitability). But the key is in the details:

“Cost synergies (¿150 million euros/170 million euros?), RoTE Objective (¿6%/7 %?) , as well as in the price offered for Liberbank and the resulting exchange equation in Unicaja securities. There would be no cash payment according to our estimates.”

“At current prices, the market capitalisation of Liberbank represents 0.71x that of Unicaja. So technically there would be a merger by absorption of Liberbank which would control around 59 % of the resulting group. This aspect is critical because it seems that the merger negotiations were broken off in 2019 because of disagreements over the exchange equation. At that time, Liberbank was aiming for a 44%/45% stake, but Unicaja did not want to go below 58%/60%.”