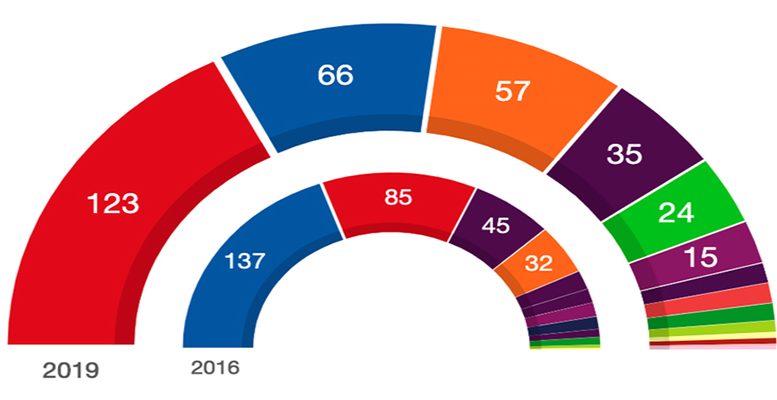 European markets face an intense week, in which politics (in the case of Spain), macroeconomics and company data will come into play, deciding the tendency of indices.

Sunday´s election result in Spain was not that most wanted by the markets, although the alliances the socialist party will weave remain uncertain, if it finally has to govern in coalition. If it unites with the far left Unidas Podemos, analysts at Link Securities claim, “this party includes in its programme measures which are not exactly friendly to companies in sectors like utilities, banking, carmaking and housing, which could see their regulatory frameworks changed”.

If on the other hand Pedro Sánchez opts for pacting with Ciudadanos, the party which most supports the free market and which has most contributed to the decline of the Partido Popular, the Ibex 35 would breathe more calmly.

“However, we do not expect the parties to show their cards until June” given that before then they must face European and local elections, in which much also is in play. Until then it is likely that Spanish markets will suffer high levels of volatility and will be somewhat left behind by other European markets, Link analysts say.