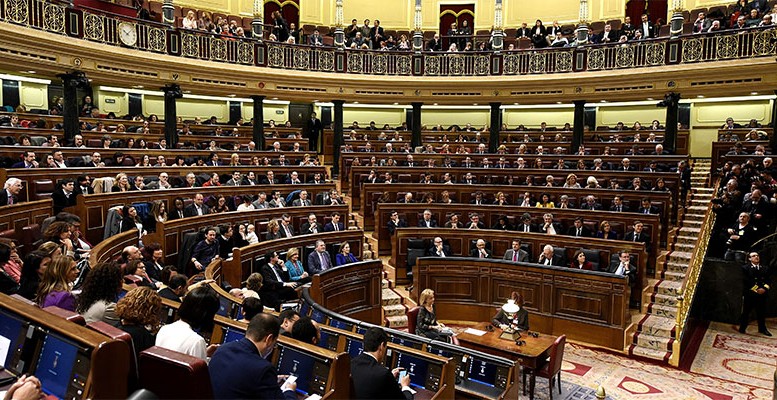 The Council of State has had enough of Pedro Sánchez’s Government’s way of legislating and has issued a harsh judgement in which it warns of “unjustified urgencies” that affect the quality of laws and the “control of legality and constitutionality” and warns of “guarantees” that “suffer”. The highest advisory body demands “respect” for its function and the legal framework, in the face of an “absurdity” that comes close to being “fraud against the law” and which it also believes could infringe EU law, according to the digital newspaper Vozpópuli.

It was in these strong terms that the highest advisory body expressed itself in its report, which entered Congress on 3 November, on what it clearly considers to be a legislative monstrosity, the “Draft Law on the transposition of European Union Directives on the accessibility of certain products and services, migration of highly qualified persons, taxation and digitalisation of notarial and registry actions; and amending Law 12/2011, of 27 May, on civil liability for nuclear damage or damage caused by radioactive materials”.

It is a bill in which the Government has decided to bring together the transposition of three unrelated EU Directives, and the merger of four unconnected bills, in a piece of legislation that has passed without much fanfare but on whose ruling the Council of State has exploded. It has done so at a moment of maximum legislative effervescence, before the beginning of a year which will see the end of the legislature and constant electoral campaigning. This reaction comes at a time when the Executive has tried to bypass it, as it has done with the bill to reform the Penal Code and sedition, or with the bill to create taxes on banks, energy companies and large fortunes.

And when the Government does not use Congress to bypass the highest consultative body by legislating with bills, it bypasses the Council of State directly, as in the ‘only yes means yes’ law, whose failure, consisting of reducing sentences and allowing rapists to be released, reverberates throughout the report, or the ‘Trans Law’, projects in which it has not been taken into account. Although reports issued by the highest consultative body are not binding, they are in many cases mandatory or optional, and should be used as a guide to polish technical errors and enrich legal arguments.

On the other hand, when it comes to laws of lesser social importance and which go unnoticed, such as the present one – although it transposes no fewer than three Directives – the Government does consult it, but it processes them with a deficient technique, demanding that the report be ready in fewer than 10 days and alleging a level of urgency and necessity that do not exist, according to the Council of State.

It criticises the fact that the preliminary draft was sent to it on 13 October as a matter of urgency, and that on 18 October it was demanded that it had to be ready on 27 October, when the deadline for issuing judgements is two months.

The opinion has two concurring votes. In the first, Miguel Herrero Rodríguez de Miñón said he was “substantially in agreement”, but pointed out that it was a mistake to merge four unconnected bills. “It would be desirable that in the future the Government should avoid such absurdities, which it otherwise causes, although it would undoubtedly not be the desired effect, which, if it were, would consider the elimination of the competences of the Plenary of the Council to be a true fraud against the law”, he states, insisting that the Executive is taking competences away from the Council of State, which, he qualifies, he does not believe to be intentional. If it were, it would be fraudulent.

For his part, Enrique Alonso García points out in his concurring vote that “the absence of coherence prevents a minimum of reflection in decision-making”, and that “the principles of institutional functioning” of the EU itself would not have allowed for the drafting of a directive with all the issues that the government addresses in a draft law.

In this scenario, the report “recalls the important institutional role of the procedure for drafting general legislative provisions within the rule of law, in order to guarantee, even if only as a precautionary measure, the timeliness and legality of such provisions”.

That is where the obligation to ask for a report lies, he insists, and deadlines are important to ensure these ends. Reducing them or dispensing with them has a relevance that transcends the inconvenience they may cause the Council of State itself, he warns.