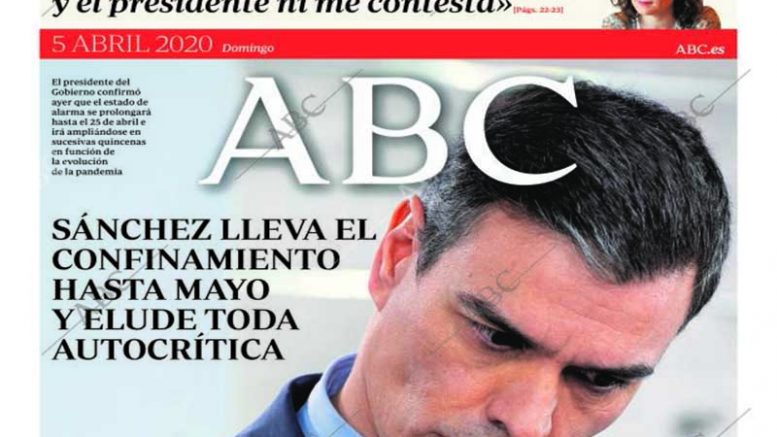 ABC | This past Tuesday, January 18, ABC was excluded from a briefing given by several high-ranking government officials on the management of European funds. Media such as Cadena Cope, Onda Cero, El Mundo, La Razón, The Objective, Libertad Digital, Agencia Servimedia and Agencia Colpisa were also not invited to the meeting, which was attended by more than a dozen media outlets whose representatives had the opportunity to listen and put questions to the Secretary of State for Communication, Francesc Vallès, the Secretary of State for Economy, Gonzalo García, and the Secretary General of the Department of Economic Affairs and G20, Manuel de la Rocha.

When asked by ABC, the Secretary of State for Communication cited capacity reasons for not extending the call. This is despite the fact that hours later, and in the same complex, the Council of Ministers’ press conference was to take place with the rest of the media. It is also alleged that the press conference was called by the Economy Department, despite the fact that the meeting took place in the Moncloa complex and that two high-ranking officials of the Presidency of the Government were taking part in it. The SEC has assured there will be more information sessions, although there has been no communication about them for the time being, even though several of the attending media have already published information on the subject. Nor has it been possible to participate telematically, as was the case at certain times during the pandemic.

The reason for the government’s call was to defuse the complaints of the PP and of several of its regional governments which have denounced the way in which these funds are distributed. The vetoed media have not had the chance to hear the government’s arguments and information on an issue that, as Moncloa itself repeatedly stresses, is of unquestionable public interest. Last Friday a document was also sent out with data on the distribution of the funds, which only reached some of the media, detailing questions regarding the distribution of the funds. According to an EFE news wire, in this meeting the government acknowledged that it had been in contact with the European Commission following the PP’s criticism of the management of the funds.

So much for ABC’s news. The other discriminated media also report in similar terms in their pages. A digital newspaper, “El Debate” goes further and claims that Sánchez is tightening the “gag” and vetoing all questions from the critical media: he is silencing the press which does not agree with him. In his last 10 press conferences since September, Prime Minister has only allowed one question from a centre-right media outlet, and that is because the journalists chose him, not Sánchez.