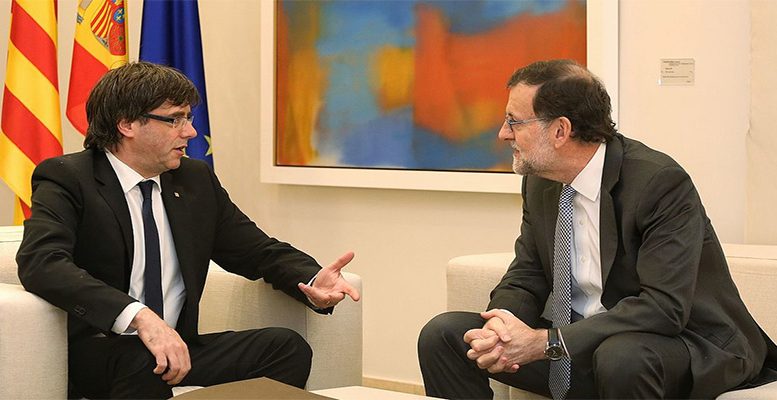 The next chapter of the “Catalan saga” was revealed today. The deadline had expired for the Catalan regional president to confirm whether or not he declared independence during the October 10 parliamentary session. Two conclusions can be drawn from his reply to the central government: firstly that, on October 10, literally “the effects were suspended of the popular mandate” which emerged from the unconstitutional referendum celebrated on October 1. And secondly, that the Catalan parliament will be able to vote on the formal declaration of independence which, as Puigdemont again says literally in his letter, “it did not vote on on October 10.”

Mariano Rajoy’s government does not consider the response is a satisfactory one, given that it does not imply the Catalan government is once again embracing legality, which could lead to the start of some kind of dialogue or negotiation.

So that’s how it is. And Prime Minister Rajoy has now warned that on Saturday article 155 of the Constitution will be implemented to suspend the region’s autonomy. And of course, amid this endless craziness, Puigdemont says that if this finally happens, the declaration of independence will be declared.

So, as one of Spain’s most prestigious journalists and political anlaysts Iñaki Gabilondo said, next week we could find that one of our autonomous regions has been intervened. But at the same time as Catalonia is proclaimed an independent republic. Complete madness.

The feeling is that neither of the two parties involved wants to be the first to climb back. Rajoy’s government has extended the deadline for starting the intervention of Catalonia time and time again: D-day was supposed to be today, but now we have to wait until Saturday…In the meantime, he has tried to provide some way out for the Catalan government, suggesting that new regional elections be called. For his part, Puigdemont has not yet declared independence, but only warns that he may do so if article 155 is implemented.

The majority of bets are on this.