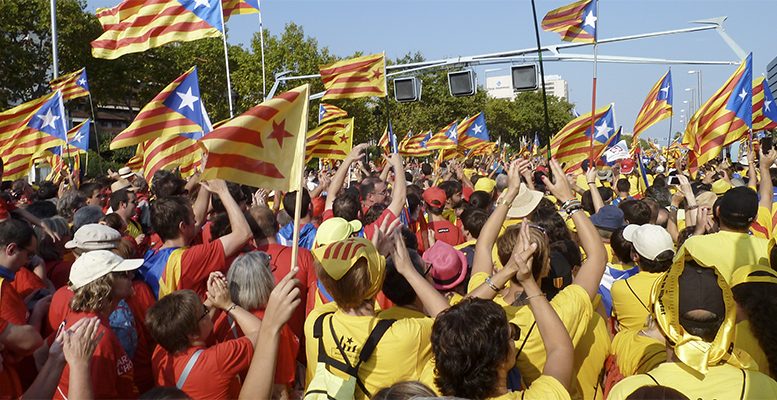 Acting as an “agent provocateur”, the Catalonian government intends to hold a wholly biased and unrepresentative independence referendum in early October. It knows the outturn will hardly attain half of the potential voters, as only a minority of the population favours an outright split from Spain. Furthermore, the polls will fail to secure any minimum democratic standard, any hope of international recognition standing out of reach. Thus, whatever the outcome, it could hardly serve the purpose of declaring Catalonia a new nation. Is it as useless as it looks from any rational perspective? Not at all, as it targets another goal.

The real aim of this fake poll is forcing the Spanish government into taking tough action. Should it fall into the trap of depriving Catalonia of its current self-rule status, the reckless referendum promoters would indict Madrid of occupying the country. Fuelling a rebellious mood, they have proved unable to ignite up to now, stands as their ultimate goal.

Madrid would be well advised to avoid falling into that spider’s web. It faces firm pressure to enforce all potential means for preventing such a reckless initiative from taking place. Otherwise, the voting result would undermine its position while reinforcing those driving for further self-rule. Coping with such an outcome would become a nightmare. Yet, the Spanish government should refrain from crossing some red lines prone to exacerbate nationalist feelings. Use of over-reaching extraordinary measures such as taking back full power in Catalonia might backfire.

Thus, Madrid faces the grim prospect of a lose-lose strategy. Should it allow the election to run, even if brings legal proceedings against those responsible for the mischief, its authority would suffer a devastating blow. Should it quell any voting attempt by sheer force, it might inflame a widespread mutiny. It will have to walk on a straight rope to circumvent any of those dangers from materialising.