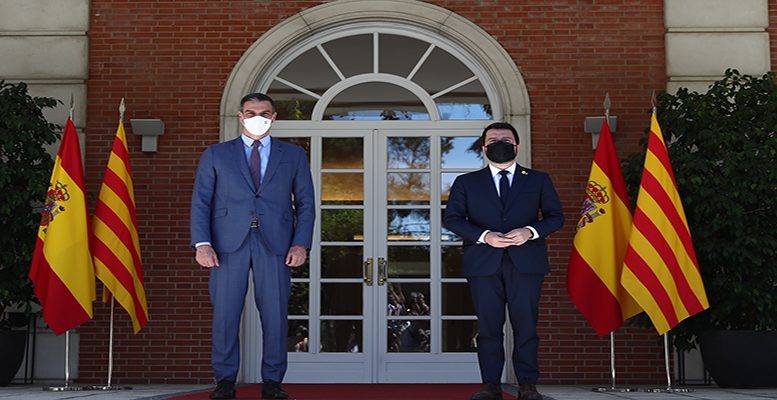 Luis Alcaide | Espionage and misunderstandings between Catalan supporters of Esquerra and Spanish supporters of the PSOE. The Spanish state, like any other, is doing its duty in the face of possible aggressions against its integrity and the liberty of its citizens. The director of the CNI, Paz Esteban, explains herself in the Congress of Deputies. The pro-independence parties and the most left-wing leftists do not quite accept the arguments and are demanding disqualification. The stability of the government is also under threat.

In a recent book “La revancha de los poderosos”, Moisés Naím, a Venezuelan liberal and extremely acute political interpreter, explores and warns about how populism, polarisation and post-truth (fake-news) have become the lethal weapons of mafia states and criminal governments.

Amongst these practices, Naím points to the sharp power strategy employed by Russia to undermine the Spanish state. He notes; “They took advantage of the strength gained by Catalan nationalists and populists to destabilise one of the great economies of Western Europe”.

The Russian manipulators faced the problem of language in composing their messages. The bots were prepared for English-speaking populations, which were already used in the US presidential and Brexit campaigns. The ally and facilitator of the new language was none other than the eccentric Venezuelan president, Nicolás Maduro. Indeed, he had been gathering and perfecting his own army of bots to manage his public opinion for 10 years.
The Russian-Venezuelan bots spread in Catalonia explained how Spanish national police beat up old Catalan women queuing in front of polling stations; they also spread the Spanish government’s intention to proclaim martial law in Catalonia.

The publication of Moisés Naím’s book predates the uncovering of the spying on Catalan personalities and the well-documented contacts between Russian intelligence services and pro-independence couriers. The pro-independence supporters, who had found no echo in the European democracies, were trying to get Putin and his secret services to collaborate in the secessionist attempts.

In the face of so much noise and blinding flashes of light, it was unthinkable that any State Security Service would cover its eyes and ears so as not to want to see or hear what was being plotted. Putin’s bots, if they are valid for the pro-independence supporters, deserve a license.

Esquerra is threatening to sever its ties with the socialist government if heads are not somehow handed over. The Spanish government cannot lose face or hide behind exculpatory tricks.

Bravo, however, for the words of the president of the Generalitat: “we have to meet” and bravo also for the words of the prime minister: “we have to sort this out”. The pandemic has been managed well enough to preserve the health of citizens and maintain a more than acceptable recovery of economic activity. The state cannot abdicate its obligations.