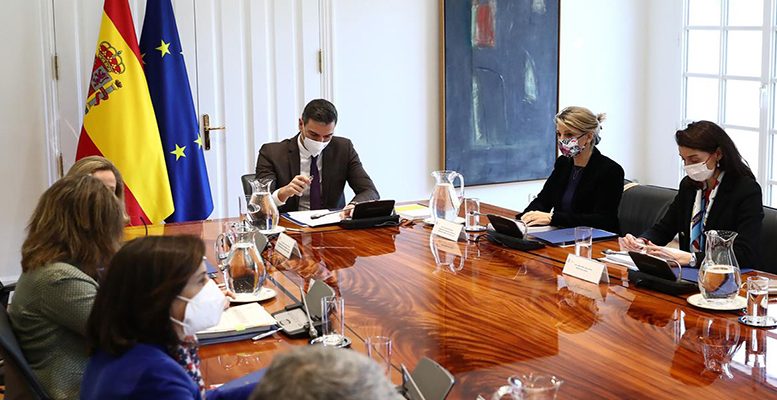 Podemos is raising the tone of its disagreement with the PSOE within the Government over Spain’s position on the Russian invasion of Ukraine. The minister and secretary general of UP, Ione Belarra, upped the ante in her challenge on Sunday. She called the Socialist Party a “party of war” for having decided to send arms to Ukraine, as the vast majority of European countries have done.

With this accusation, the secretary general of Podemos is not only reproaching the position of Pedro Sánchez, but also veiledly doing so with the unconditional support expressed on this issue by the second vice-president, Yolanda Díaz. She is supposed to be the head of the electoral poster of Unidas Podemos, although in this matter is being disavowed by the purple party.

“Spain is the country of No to war and is moved by the suffering of other people. The parties of war say: ‘Very well, let’s send weapons’. Are those the weapons to help? We are not doing everything we can through diplomacy,” said Ione Belarra, Minister for Social Rights and Agenda 2030, during an event on feminism in Madrid yesterday.

Her colleague Irene Montero, Minister for Equality, said at the same event that “We will defend dialogue, negotiation and peace, whatever the cost. Whatever the cost”.

Podemos believes that sending weapons to Ukraine to defend itself from aggression is a “mistake” and it means “escalating the conflict”. It argues that Ukraine can only be helped through diplomatic channels, assuming that Vladimir Putin wants to talk and ignoring the outcome of the talks between the parties that are taking place in Belarus, in which Russia is not respecting any of the minimum agreements on humanitarian corridors.
Shortly before, Prime Minister Pedro Sánchez had spoken about the war situation in the PSOE’s Federal Committee and was emphatic in his response to the reproaches made by his partners in government: “There has been no lack of diplomacy” in Ukraine, Sánchez said, “what has been left over is aggression”. And, in case it was not clear, he stressed that Spain “is on the right side of history”.

This collision on such a delicate issue has led to a growing number of calls from the opposition for Sánchez to expel Podemos from the government and to look to the PP and Ciudadanos for more “reliable” support to respond to the crisis.

Esteban González Pons, of the PP, called on Sánchez to “immediately break” his government coalition, because “you cannot” send Spanish soldiers to defend the border with Europe while having in the Council of Ministers “those who understand Putin”.

Similarly, the leader of Ciudadanos and deputy mayor of Madrid, Begoña Villacís, demanded that the Prime Minister expel the purple party from the Executive because it is “embarrassing” Spain in front of the European Union with its position on Ukraine.