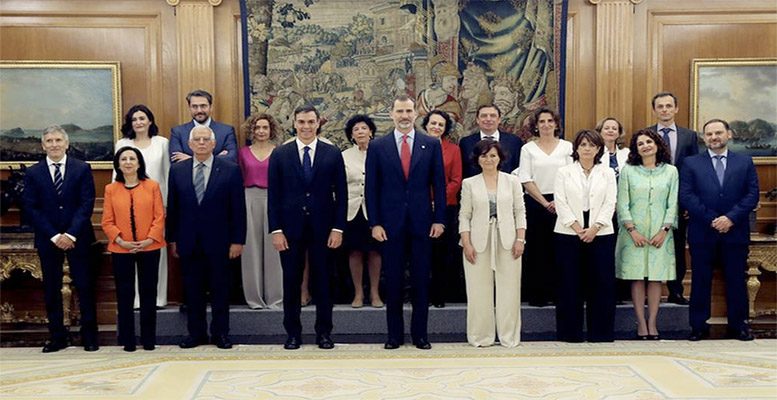 Fernando González Urbaneja | Pedro Sánchez has completed three years at the head of the government after success in a no confidence vote and two general elections, with sufficient majorities following coalitions of varying intensity with other groups on the left. Over the course of 37 months he has appointed 38 people to ministerial portfolios, some with long and novel names. He has had ministers for days, months and just over a year. Of the initial seven he has seven left, and tomorrow he receives another seven newly appointed. There is no precedent for such ministerial combustion. There are portfolios (Culture and Health) for which four incumbents have passed without any of them having left an appreciable mark.

On the one hand, so much turnover indicates determination on the part of the Prime Minister, who fires with ease; on the other hand, it also indicates that he has little head for choosing collaborators and trusting them. Without losing sight of the hypothesis that this man is an ‘over-achiever’. He believes everything begins and ends with him and that others can be replaced.

Continuity, consistency, is usually an asset in politics and in life. So is rectifying in time when one makes a mistake or goes astray. This second thesis does not sit well with Sánchez as there is no recollection of him having alluded to any mistakes. Almost everything he does is unprecedented (including the combustion of ministers), he habitually lectures others (other countries are watching us) and he usually announces the enormous opportunity he faces without going into more detail.

We will have to listen to the explanations he gives Parliament when presenting the new government. And hope he goes a little further in content than on Saturday in his statement-recitation of the new cabinet. The argument of rejuvenation and the female quota is too thin to dwell on.

What has become clear is that this PM knows how to fire, that he does it naturally and without any regard. He does not fall prey to Rajoy’s indolence or González’s reluctance to give bad news to his ministers. His dismissal of Iván Redondo is reminiscent of Trump and Boris Johnson firing their equivalents. It remains to be seen whether Redondo will resist the temptation to tell the inside story of his journey with Sánchez, which would undoubtedly make for very enlightening and juicy reading.