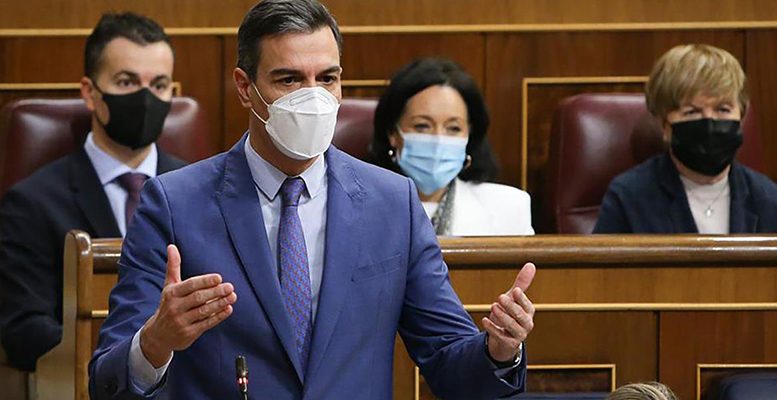 In Spain “there are dark powers” that try to boycott the government because it is “annoying”, “uncomfortable”. These powers “yearn for an old order”. And they have “media and political terminals”, which they do not hesitate to use to “demobilise the electorate” and “strike” at the coalition government, until “the progressives give up”. We do not know their faces, but they are “gentlemen with cigars” meeting in the “cenacles of Madrid”.

After bypassing all the rules to control a listed company, Indra, without launching the mandatory takeover bid. After sacking the president of the National Statistics Institute. After backtracking on the law that prevents the CGPJ from making appointments (to try to turn the Constitutional Court in his favour…). And while he accuses the opposition of “getting in the way, getting in the way and getting in the way”, it turns out that the victim is him, and his coalition government of progress. So Pedro Sánchez has spent a week of constant interviews explaining to El País (whose owner came to his aid to control Indra) and to the country, in general, that “What these powers want is (…) for the progressives to give up and we are not going to do it.

PP President, Alberto Núñez Feijóo, urged the socialist leader on Sunday to “stop inventing conspiracies”. Nor has Sánchez clarified who is or are part of the conspiracy of the cigars. He did warn that “the political right, in our country, is not autonomous from these powers”. And he accused the Popular Party of benefiting a privileged minority. But so far, without clarifying what this new discourse responds to, closer to the hard line of his former vice-president, the ex-communist Pablo Iglesias, than to the traditional PSOE