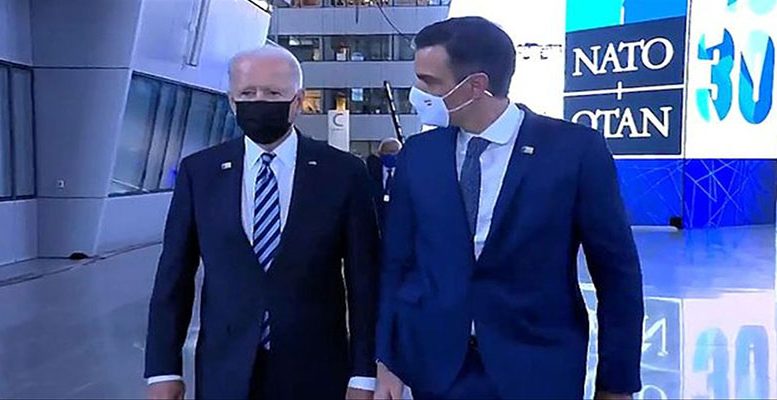 José Hervás (Capital Madrid) | The Spanish lobby in Washington still hopes the President of the United States will finally meet Pedro Sánchez. But for now, Joe Biden has no plans to meet the head of the Spanish Government at the White House on his first official trip to the United States, from the 20th to the 24th of this month.

There will not even be a brief meeting in a country. The presence of the Communists in the Spanish government is a heavy burden. So Sánchez will avoid travelling to Washington, and will visit New York – where he will have meetings in the framework of the UN and with business circles – San Francisco and Los Angeles.

Despite Moncloa’s attempt to convey the idea of normal relations between the two administrations, the absence of this meeting on his first official visit with Biden as president is evidence that relations can clearly be improved.

The current US administration maintains its disagreement with the participation of several ministers belonging to the Communist Party in Pedro Sánchez’s government, which tolerates the privileged relations they cultivate with countries using the international drug trade to finance them.

President Pedro Sánchez will be accompanied by the Minister of Industry, Trade and Tourism, Reyes Maroto, in some meetings, and by businessmen from the new technologies and audiovisual media sectors.

Moncloa reiterates that the absence of a meeting between Joe Biden and Pedro Sánchez does not exclude all types of contact in all possible areas on a day-to-day basis. They specify that cooperation between the two administrations ranges from cooperation in the fight against international drug trafficking to the battle for control of the geopolitical race in telecommunications technology.

Without explicit support from the Biden administration, the government is trying to convey to international investors that the Recovery, Transformation and Resilience Plan for the Spanish economy offers clear investment opportunities. This is what Sánchez will try to transmit in what Moncloa describes as the nerve centres of the US and world economy.