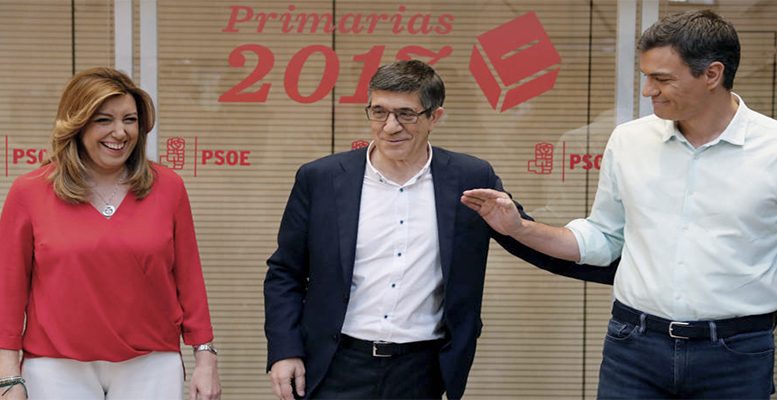 After a turbulent year in 2016 for Spanish politics and especially for the socialist party, especially for the socialist party…the PSOE party primary election will be held this coming Sunday. The candidates’ election has never generated so much interest in the media and amongst people. But this time it’s different. The clouds over the future of social democracy across Europe could start to clear in Spain. Susana Diaz is the favourite gaining ~48.3% in the endorsement results, closely followed by Pedro Sánchez at 43%. For Nomura’s analysts the base case is not for Pedro Sánchez to win.

The current state premier of Andalusia, Susana Díaz, is widely seen as the favourite, but the endorsement results show the contest is close. The results showed Ms Díaz won ~48.3 % of the support, with Pedro Sánchez just behind at 43% and Patxi López at 8.7 % (above the 5% threshold).

Ms Diaz opposes an alliance with Podemos ( anti – establishment), while sharing views with the ruling PP party Research analysts and a win would make the PSOE more centre – aligned . In contrast, Mr Sánchez favours a “left alliance” with Podemos and would be a tougher opposition to the PP government. The remaining candidate Patxi López  advocates that he is only one who can find common ground between the different factions of the party.

As such Nomura do not see Sunday’s election as a major risk event and their fundamental view on Spain is positive.

That said, the government is not solely dependent on the socialist party (PSOE) to pass key legislation . We argued that the ECB has tapered its purchases in Spain relative to Italy in both size and duration, which in the event of an ECB taper would lead to wider spreads. However , in the near term we could see some tightening as the market focuses on election risk in Spain.