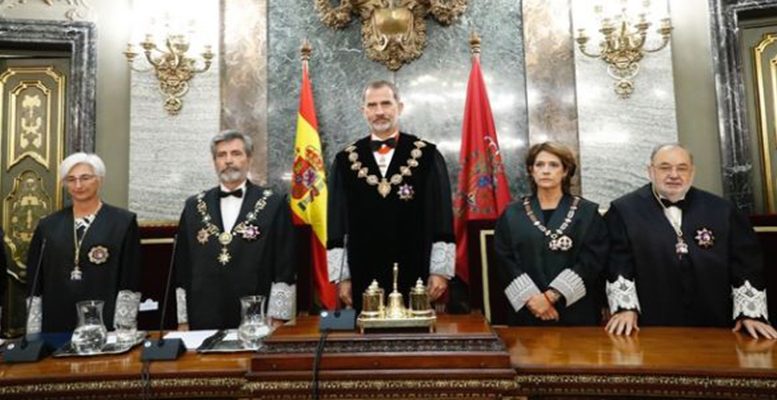 The president of the General Council of the Judiciary (CGPJ) and the Supreme Court (SC), Carlos Lesmes, announced on Sunday that he will formalise his resignation tomorrow. This is a month after he threatened to leave if there was no tangible progress in renewing a CGPJ that has been out of date for almost four years. He thus fulfils his promise, but without having managed to get the Council to agree on his two candidates for the Constitutional Court (TC). And opening the door to a new crisis over his succession.

Prime Minster Pedro Sánchez has today summoned the leader of the PP to La Moncloa to try to unblock the situation, given that the appointment of the new members of the CGPJ requires the backing of 3/5 of Parliament.

In recent editions of the opening of the judicial year, and given the deadlock that the CGPJ has been going through since December 2018, Lesmes has sent increasingly strong messages to the parliamentary groups responsible for reaching an agreement to renew the judges’ governing body. On 7 September, during the opening of the 2022-2023 judicial year, Lesmes raised the tone and told the press he would resign in “weeks”, not “months”, if he did not see clear progress in the contacts between PSOE and PP to renew the judges’ governing body. However, at the same time, he clarified that he would not resign until the appointments to the TC were at least on track.

Lesmes has tried until the last moment to get the progressive and conservative sectors of the CGPJ to reach an agreement in order to appoint the two candidates that correspond to him to fill half of the four vacancies that arose on 12 June in the Constitutional Court (TC). With the idea of allowing those appointments – only those, which will allow the Government to appoint the other 2 TC magistrates and change the majority of the High Court – the Government forced a legal change. These are, according to
the law, the only appointments that an expired CGPJ can make… Something that has stirred up the conservative magistrates of the CGPJ who refuse to be mere extras in this new government assault on the judiciary that has alerted Brussels, which is determined to change the system for electing the head of the Spanish judiciary to remove it from mere partisan interest.