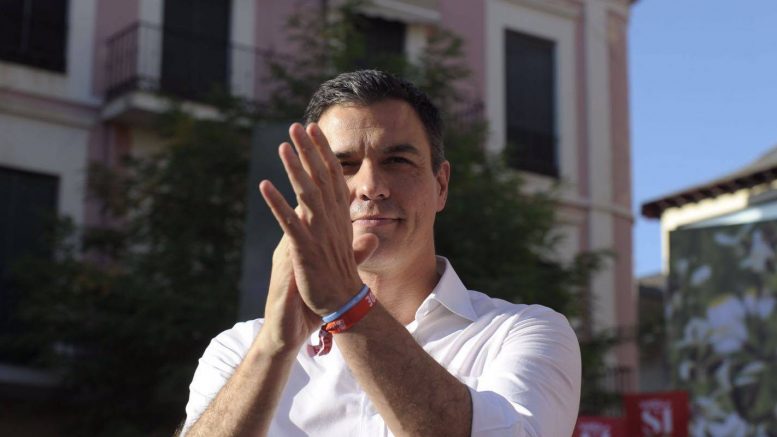 The PSOE party, with 137 years of history, has already had four leaders so far this century, none of whom have consolidated their position. That said, Rodriguez Zapatero succeeded in heading up two relative majority governments and two minority administrations between 2004 and 2012. When they lose elections, the socialists usually change their leader, as happened with Felipe Gonzalez in 1997, Almunia in 2000, Zapatero in 2012 and Rubalcaba in 2014. The current Secretary General, Pedro Sanchez, has overcome the electoral crises of 2015 and 2016 despite obtaining the worst results in the party’s recent history, namely during the Spanish democracy which runs from 1977 to now. Sanchez has taken his chances and delayed his party’s annual congress and his re-election or revocation. The results of the June 26 elections will decide his future.

As the head of a party in crisis, Pedro Sanchez has not provided any solutions. His leadership has been permanently weak, minimal and under threat. He has pulled his punches, waiting for the party congress to clarify positions. The PSOE has problems with people, leadership and also ideas. In this respect, it is like almost all of the European social democratic parties which beat a hasty retreat, confused in the face of citizens’ new demands. Neither the European project, to which the socialists have made a great contribution, nor the response to the economic crisis, which has confused them, have obtained attractive reactions from social democracy.

Pedro Sanchez’s biggest problem is his ambiguity. He is in the political centre but without any answers to the problems, without any clear positions, without any narrative, analysis or proposals.

He says he is going to abolish the labour reform and a large part of the measures implemented by Rajoy’s government. But he does not offer alternatives, what legal framework he would propose.

Faced with a lack of funding for pensions, he is proposing a new wealth tax, which destroys the contribution-benefit equation and balance, incorporating a new element: taxes. He defends constitutional reform, but does not work on reaching an agreement with the right, something which is indispensable for this operation.

With Rubalcaba, the PSOE sought to reformulate its programme, look for new answers to the problems of globalisation and the crisis, but few listened to or took note of these proposals. Sanchez, who was involved in their elaboration, has neither taken them into consideration nor come up with something new. In his last book “Voltaire Counterattacks” André Glucksmann talks about the “enormous superficiality” of Sarkozy. In the case of Sanchez, this is even more evident.

Without leadership and any programme, the PSOE is sleep-walking, and is losing militants, voters, influence and presence. It’s true that it has won back some regional governments, but their situation is so precarious and with so little room to manoeuvre that it means very little. In local governments, the PSOE supports its adversaries in exchange for nothing. Even its fiefdom in Andalucia is threatened by its own excesses. It endures thanks to the PP’s cronic weakness.