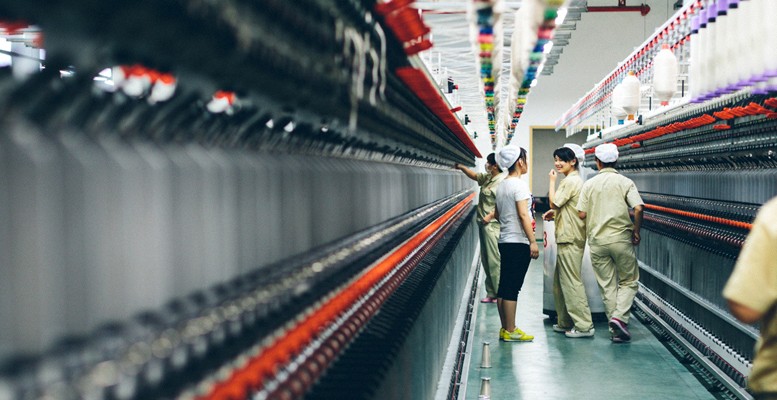 The prolonged slowdown in China’s economy has generated a fierce debate about whether the country needs a new “growth model.” All economies, however, are guided by the same growth model developed decades ago by Nobel Prize winner Robert Solow showing that expansion depends on growth of investment and labor along with productivity. These principles have not changed, but some adjustments are now required in the path China is taking. Some observers have called for a more consumption-driven growth process and others see innovation as the solution, but neither approach actually meets current needs.

Since the global financial crisis, a widely shared view is that Beijing should shift to a more consumption-driven growth path and reduce its dependence on investment. Yet the principles of growth theory tell us that consumption is not part of the equation. Consumption is the result of growth. It does not drive growth. Consumption in China has been increasing at a globally unmatched 10 percent annually for a decade and is likely to moderate as GDP growth declines rather than increases.

The real problem is that productivity of investment in China has fallen significantly after the global financial crisis. Declining returns on investment are inevitable as an economy matures, but China’s decline has been more than necessary. To reverse this decline, policymakers are promoting a more innovation-driven growth process – one based on technological innovation. Considerable financial support has been provided for specialized research and investment in support of this objective.

But while support is welcome, it can be overdone with limited impact on medium-term growth outcomes. There is little cross-country empirical evidence that innovation necessarily spurs faster GDP growth or higher average wages for society. At the firm level, however, innovation can generate substantial profits and create wealth for a limited few, but these benefits rarely lift up the country overall.

While it is true that the most innovative countries are also the wealthiest, it would be wrong to conclude that there is causality between the two – that the wealthiest countries became wealthy as a result of innovation. In fact, the causality is the other way around; it is being wealthy in the first place which causes economies to become more innovative. What evidence that does exist – although not robust – suggests that the more innovative an economy the slower in fact it grows. The conclusion therefore is that countries cannot artificially leapfrog ahead on the economic ladder through innovation.

Instead of channeling so much effort and resources to becoming more technologically advanced, there are more promising means for China to realize much-needed productivity gains. Unlike the other historic Asian success cases like South Korea and Japan, China’s economy is replete with distortions that these other economies did not have at a comparable stage in their development. Addressing these distortions would lead to significant increases in productivity. This is a supply issue. But unlike the past where global markets were seemingly unlimited, China also needs to deal with the problem of inadequate market demand at home.

Both issues would benefit from drawing on the principles laid out in the third plenum policy statement that declared that the market should play a “decisive” role driving the economy but the state also needs to play a “dominant” role. These are seemingly contradictory but reconcilable objectives.

Major productivity-related reforms include a more efficient urbanization strategy than currently envisaged by allowing labor migration to the largest cities as well as smaller ones since labor productivity is greater the larger the city. A program to reform state-owned enterprises by allowing for more private participation in these firms has just been announced, but more important is to open up entry to private competition in services sectors, such as education, health and finance and in protected activities such as telecommunications and energy. Policies that encourage excessive investments in the interior regions also need to be moderated, since such expenditures have been generating low returns.

In dealing with deficient domestic demand, the typical recommendation has been to encourage more household consumption. But as mentioned earlier, growth in personal consumption is more likely to moderate in the future. The problem of inadequate demand in China is that households have less control over assets, notably land and key natural resources, which are owned by the state. Thus, households derive less spendable income from non-wage sources in the form of dividends, rents and transfers compared with typical market based economies. The burden for buoying consumer demand rests with altering the role of the state in providing services for households in a way that respects China’s state-dominated system but is also market friendly.

Surprisingly for a socialist economy, China’s government expenditures as a share of GDP lag far behind those of other upper-middle income countries. Consolidated government expenditures are less than 30 percent of GDP, compared to an average of 35 percent for other upper-middle income countries, and 45 percent for many OECD economies. Further, the proportion of government spending that goes to social services and transfers is only about two-thirds the level of comparable middle-income economies.

With fiscal reforms that would provide a stronger revenue base and realigned social services responsibilities, government expenditures could increase significantly and coupled with productivity enhancing reforms, would offset the loss in demand caused by curbing wasteful investment spending. A China that better balances the market and the role of the state would allow the economy to grow at a sustainable 7 percent rate for the remainder of this decade and beyond.