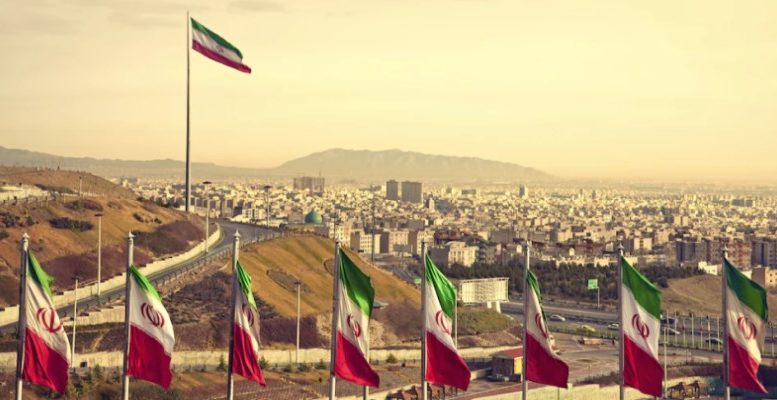 Sanctions on Iran remain a powerful weapon in the US arsenal

Gary Grappo via Fair Observer|  America’s latest round of sanctions on Iran’s primary hard currency earner will be felt not only by the Iranian government, but also by Iranian people. Previous sanctions, imposed after Washington withdrew from the Joint Comprehensive Plan of Action (JCPOA) in May 2018, had already begun to take a bite out of Iran’s economy, costing the Islamic Republic an estimated loss of more than $2 billion in revenue. Undoubtedly, it has been a contributing factor in the recent spiral of the Iranian rial, down against the dollar by approximately 75% since 2017.

Tehran has been down this road before. US sanctions, much of which had been endorsed by the UN Security Council in the period leading up to the negotiation and signing of the JCPOA, had been so painful for Iran that it finally agreed to come to the negotiating table with the P5+1 countries (China, France, Germany, Russia, the UK and the US) and ultimately accepted restrictions on its nuclear weapons development program. The fact that Tehran has not reneged on the nuclear deal in spite of Washington’s withdrawal is testament to the devastating impact that global sanctions can have on its economy and its desire to forestall sanctions broader than those reimposed by Washington.

Nevertheless, US sanctions are impossible to ignore by Iran or any other country. Any country, bank or enterprise risks its US-based operations — not to mention access to America’s outsized market — in doing business with Iran or an Iranian entity falling under the sanctions. Despite the unwillingness of the other P5+1 countries to follow Washington’s lead, their businesses and banks cannot afford to risk secondary sanctions. They will comply by withdrawing their business with or in Iran, canceling contracts or shutting down financial dealings with Iranian banks.

How does Washington get away with it? What makes the imposition of US sanctions so problematic for any country, entity or person on the receiving end of America’s financial wrath? The answer isn’t just the size of America’s economy — US GDP is nearly a quarter of global GDP. More often, it’s the “almighty” US dollar. In 2017, the dollar accounted for 85% of global trade based on the value of letters of credit issued, up from 81% two years earlier. The US currency is involved in nearly nine out of every 10 transactions in the daily $5.1-trillion foreign exchange market, according to 2016 data from the Bank for International Settlements. The greenback also accounts for 62% of global reserves. As Iran learned prior to 2015 and will now experience again, it’s nearly impossible to do business in the world today without recourse to the dollar.

And for Tehran, it’s getting worse. SWIFT — Society for Worldwide Interbank Financial Telecommunications — a Belgium-based messaging network that financial institutions use to securely transmit information and instructions worldwide, announced that it too is severing its relations with Iran’s banks. The move will effectively cut those banks off from the global financial system. Since the vast majority of SWIFT’s transactions are in dollars, it had no choice.

Iran isn’t alone in the bullseye of American sanctions. The US Treasury Department currently enforces 29 active sanctions programs, targeting countries like Russia, Belarus, North Korea, Venezuela, Cuba, Zimbabwe, Yemen, Syria, Libya and others, as well as various criminal organizations, individuals and businesses throughout the world, for an assortment of sanctionable violations of US human rights, drug trafficking, money laundering, terrorism, human trafficking, weapons sales, cyber warfare and other laws. Sanctions have become America’s go-to tool for extending territoriality of its laws, and the US economy and the dollar give it the ability to do it.

However, Washington faces increasing challenges in its resort to sanctions, not just as they apply to Iran, but also to US economic interests around the globe. First, Washington’s withdrawal from the Iran nuclear deal was unpopular and opposed by nearly all of its allies, including the other members of the P5+1. To date, none have withdrawn, nor are they expected to do so. That means that there is little hope of achieving what the Obama administration had done — a UN Security Council resolution imposing global sanctions on Iran. So, as painful as US sanctions are likely to be for Iran, they are unlikely to approach the levels experienced in the period leading up to the signing of the JCPOA.

Washington now asserts that it expects Iran to comply with a 12-point list of demands, articulated by Secretary of State Mike Pompeo in May. It’s not a bad list of Iran’s misbehavior both in the region and around the world. But it goes far beyond anything envisioned by the US and the other P5+1 members who, in 2015, focused on limiting Iran’s nuclear program. So, with fewer countries joining Washington’s sanctions, how is the Trump administration counting on the Iranians to give up more than they did in 2015? “More with less” once was a clever slogan in American politics, but it’s been proven unsuccessful. In this case, Iran is much more likely to weather these current sanctions, however painfully, than it was those imposed through 2015.

Second, Tehran has managed to accomplish a long-sought objective — drive a wedge between the US and its closest allies in Europe. In order to keep the US in the JCPOA, the European countries had showed considerable willingness to ratchet up non-nuclear sanctions on Iran and push for extending the deadlines in the nuclear agreement beyond their current 10-15 year deadlines before they came up for review. Yet the Trump administration bowed to its campaign promises and to its base — and withdrew. Trump had effectively gotten the bargain he wanted from the Europeans and instead went for the two birds in the bush and not the one he had in his hand.

Now, the EU is seeking to set up a separate mechanism that would allow Iran and businesses and banks with which it deals, including oil customers, to work through a different financial clearing system. Known as the Special Purpose Vehicle, or SPV, it could have a much greater impact than the immediate goal of freeing Iran from Washington’s financial grip. Longer term, one could envision its use by China, Russia and other currently sanctioned states, entities and individuals to dodge US sanctions and work outside the US-led system. To be sure, setting up such a mechanism will be long and difficult, presenting all sorts of unforeseen challenges to global businesses, banks and governments. But in this age of instant financial transactions governed by algorithms and technology, the global economic and financial system has shown itself to be adaptable to the vicissitudes of international politics.

This raises the third risk to America’s use of sanctions when its allies are not on board. Such overuse and misuse will mean diminishing America’s and the world’s abilities to punish those who act outside acceptable bounds of international behavior. Causes such as protecting human rights, combatting terrorism and drug trafficking, and stemming proliferation, among others, will all suffer as violators turn to new means to avoid constraints and pursue efforts to destabilize and disrupt.

Finally, sanctions not adequately coordinated with other major economic powers, especially the EU, Japan and South Korea, can upset financial markets, currency trading and international trade. The global economy is better at adjusting when the sanctions are clear and enforceable, meaning other major nations act in concert with the US and not in opposition. Last summer, after the US imposed sanctions on Turkey, European bank stocks took a beating. Had the trade controls and sanctions been better coordinated with America’s European allies, the sell-off might have been mitigated.

Sanctions remain a powerful weapon in the US arsenal, one which it wields almost unilaterally among world powers. But their effect — to ensure global order by limiting the ability of bad actors to skirt international norms, and punishing them when they do — will be diluted if the Trump administration continues to pursue a go-it-alone approach. Their impact is exponentially greater when Washington convinces other economic powers to work with it.