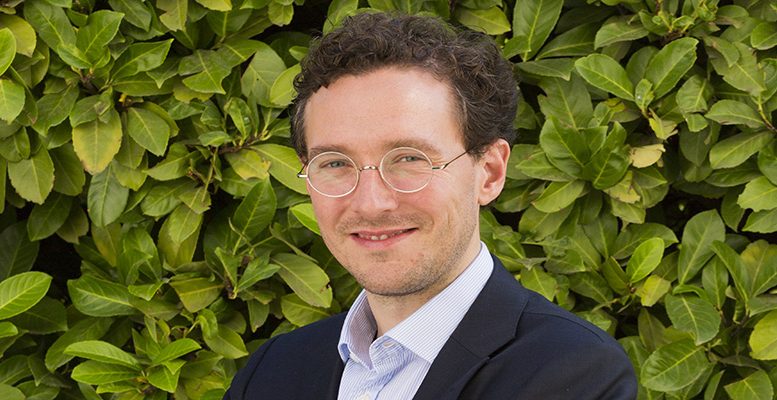 Ana Fuentes | “Perhaps the solution is to have 40 or 50 states agreeing, for example, common rules on e-commerce. And that all who are interested can join, as distinct from commercial agreements which you cannot choose to be part of – so if the EU signs a free trade agreement (FTA) with Canada, Israel cannot decide to be part of it”, explains J. Robert Basedow, Professor of International Political Economy at the LSE.

Ten years ago could you have imagined a US President calling the WTO a useless organisation? Or that a Chinese leader could be the star at Davos?

Ii is difficult to reconstruct what US legislators thought when they pressured for Chinese membership of the WTO at the beginning of the 2000 decade. I don´t believe they predicted such a rapid growth in the Chinese economy and they also expected that the country, once it developed and opened up to the world, would appear more like Europe or the US: a liberal society who played by the same democratic games. However, China has opened and has developed massively, and plays an important role in the global economy, but it sticks to its authoritarian model.

Yes, for Beijing the model would be more like Singapore … In any case, the photo of the world is changing: the Doha Round is going nowhere, despite the efforts; the mechanism for the resolution of disputes is paralysed; states invest ever less in negotiating committees. What sense does the WTO have now? Does it need to be rethought?

The WTO faces two types of criticism. On one side, from those worried about globalisation in general and for its effects on our welfare systems, and on employment in Europe … NGOs, citizens etc. And then there are the politicians who thinks that the WTO does not serve their interests. For example, the US is very critical of its dispute resolution mechanism, which for them goes too far. Both groups have different demands for WTO reform, or if the WTO should continue to exist in the future.

And how do you see it?

My personal opinion is that we must be realistic and that the old days when the WTO was the focus of global trade are probably over, because of the growth of bilateralism and regionalism. Nevertheless, the question now is how do we convert the WTO into something which still adds value to our governance. I think it would be good to think of it as a platform for discussing regional and plurinational initiatives, compare experiences and also to develop alternative principles about how to participate in regional integration without prejudicing other members of the organisation. Basically that it becomes a think tank and discussion platform instead of a negotiation forum with a dispute resolution mechanism.

The US is backing bilateral agreements. Should the EU do its own so as not to lose out?

It has been for decades. At the beginning of 2000, the EU decided to negotiate a new wave of agreements and since then has been very active in bilateral agreements. First, the EU thought that this would accelerate multinational negotiations, to prepare countries for opening up, and also with key allies to define certain common understandings, new challenges, like how to regulate e-commerce. All these are things in which you can reach agreements bilaterally, and then promote at the multilateral level in the WTO. What is happening at the moment is that the Doha round has not officially ended, but in fact is broken. Nobody believes in it anymore. The process of multilateral negotiation in the WTO has ended for the next two decades.

Plurilateralism is spoken of as an alternative. What is the difference with multilateralism?

Multilateral is to have the entire global community negotiating common rules. Generally, bilateral means two or three parties, depending you define it. And now many people say that perhaps the answer to our dilemma is to have 40 or 50 states agreeing common rules, for example on e-commerce. And that all who are interested can join, as distinct from commercial agreements which you cannot choose to be part of – so if the EU signs a free trade agreement (FTA) with Canada, Israel cannot decide to be part of it.

How to get on a train as it passes …

Exactly. And in the next few years it is going to be ever more fashionable. One of the problems the WTO has now, and perhaps causes an ever diminished interest among some member states, is that many of its rules were written in the 80s. And the world today is different. This is perhaps why plurilateral agreements can be used to better define the new problems.

In the current context, does it make sense that the Eu should be more open, or more protectionist?

This goes beyond trade. The EU has no hard power: it has no army, it does not have all the assets of a state, only soft power. The power of leadership based on good behaviour, basically. Confronting this impetus from Trump to close our economies is good because protectionism tends to create problems. Hyperglobalisation is not good either, but we must find an adequate balance. We mustn´t forget that is we close our economies now, the first to suffer will be us, given that the major part of production today forms part of global value chains. Many car components, for example, come from outside the EU. If we now increase import tariffs, we will increase the costs for European carmakers and limit their competitivity.

When does the EU seem a stronger player, and when weaker?

It always depends on the context. Generally, the EU tends to be more powerful on trade issues because it counts on the largest single market in the world, at least in terms of GDP. And the size of the market determines power in the global economy. However, the way in which the EU can influence other countries varies, depending on the size of the other country. Obviously the EU is not as powerful with China or the US at it is with Switzerland or the UK. And there are other questions: is the EU in favour of maintaining the status quo, or does it want to change it? Is the EU making other countries agree a certain group of rules of commitments? Generally, the EU is powerful in defending the status quo when there is unanimity in decision making within the EU. Because then the most conservative states can only say: we do not accept it. And then the EU can send: such a member state does not accept this.

If we focus on the offensive interest, the EU tends to be powerful if the decision making in the EU, for example, passes through qualified majority rather than unanimity. Because if a significant majority of the member states plus the European Parliament are in favour of a trade deal or certain demands in the negotiations for a trade deal. Then the Commission can demand this with greater credibility because the other country knows that the EU is serious and divide and rule won´t work.