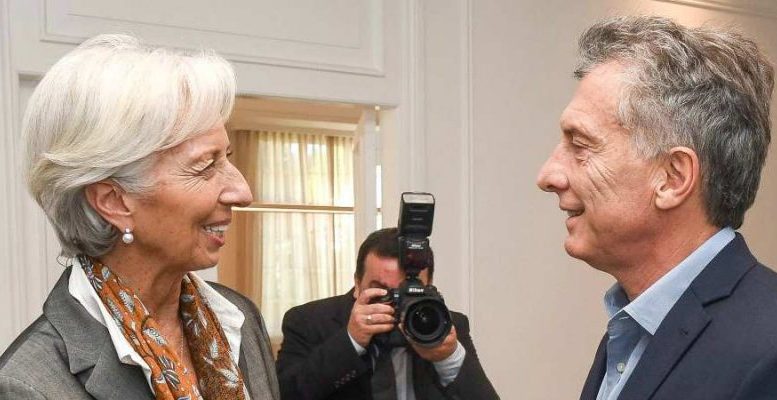 Argentina has officially asked for help from the IMF

The President of Argentina, Mauricio Macri, has not taken long to see the writing on the wall: he has officially asked for help from the IMF. On Monday, the peso/$ devalued 5%, which is a savage drop. Domestic and foreign equity have completely lost confidence in the economic governance and have fled terrified, with huge losses, given the peso’s accumulated depreciation. The rise in the official interest rate to 40% has not served to give credibility. As always happens, when the whole world sells, it sells, which is a truism but one usually forgotten. Macri wants a $30 billion loan. I suppose putting himself in the hands of the IMF is the least worst thing that could happen. We will see the cost in economic and wage contraction, in the social protests that follow in countries dominated by Peronism.

A dejà vu throughout Argentina’s history. We will see if the announcement serves to stop the bleeding. Clear for the time being, because the important thing is what comes afterwards, the conditions imposed by the IMF, which usually consist of a devaluation, restrictive monetary and fiscal policy, and painful wage control. You may ask why the IMF? The organisation plays the role of the country’s rescuer. It comes along when the government is weak, incapable of imposing tough solutions – apart from providing financing, which sweetens the measures.

The strange thing is that up until now, very few media outlets have paid attention to Argentina’s financial storm. What was in the headlines in the 1990s, today did not seem to be of interest, not even in the US.

In 1995, there was a banking crisis in Argentina with massive capital flights and the head offices of those banks refused to be a “last resort” lender for its subsidiaries in Argentina. The Central Bank couldn’t do anything, with its hands tied by the currency board. The country was on the edge of collapse, which would happen a couple of years later, in political and economic chaos. Unfortunately, the ones who paid for this were the middle classes who had their savings in the banks, denominated in pesos (the same as dollars) and in dollars, which wasn’t any use to them because the government introduced the “corralito”: they denominated these deposits in a new peso which was worth three times less than the famous one for one…the difference, for the government’s pocket.

Once again, Argentina is taking the same path which it seems to be destined for. The new President, who appeared to be a good substitute for the corrupt Peronist Kirchner, has not been able to control inflation. Once again it’s enough to bring on a heart attack, at 25%, to which the Central Bank’s response has been an interest rate of 40%. This has not put the brakes on capital flight and has made the consequences of a devastating drought for domestic consumption and exports even worse.

Argentina will end up destroying itself again, as the levels of imbalance are too strong not to convince people to take their money out. The new tax imposed on foreign investors, pure demagogy, is counter-productive. What else would it have been? All this will have a repercussion on the neighbouring countries, like Brazil, which is in a hugely precarious state.