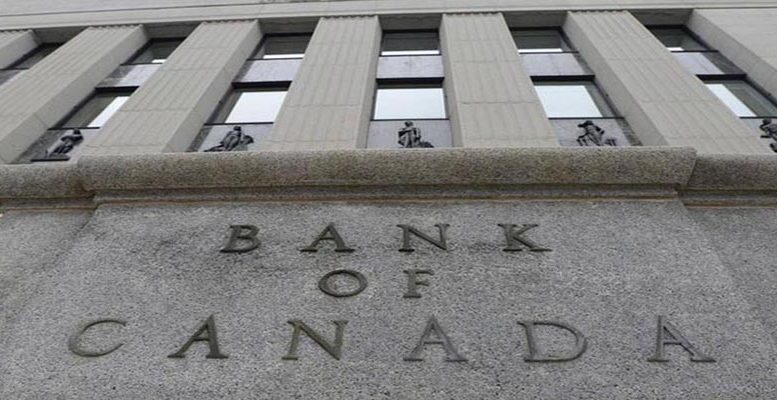 Intermoney | The Bank of Canada last week became the first major central bank to begin tapering its support programmes, with a reduction in asset purchase programmes. The progress made in the economic recovery has prompted the Bank of Canada to reduce net purchases of Canadian government debt by C$1 billion to C$3 billion as of next week. A move that was supported by a very positive forecast for the world economy, projecting global GDP growth of 6.8% in 2021, 4.1% in 2022 and 3.3% in 2023.

The wind is blowing in the Canadian economy’s favour. It is both highly exposed to the US, as well as to the global economy’s performance, due to its role as a major producer of raw materials. In fact, the Bank of Canada projects Canadian GDP to grow by 6.5% in 2021, moderating to 3.7% in 2022 and 3.2% in 2023.

A stronger-than-expected resilience to the pandemic and the accelerated process of digitisation have also led the Bank of Canada to revise upwards the country’s potential growth in 2021 from 0.9% to 1.5%, once temporary factors are excluded.

Inflation is expected to be 2.3% in 2021, 1.9% in 2022 and 2.3% in 2023. Given the above, and the special features of Canada’s economy, it is not surprising its central bank has started to unwind its monetary policy largesse. Whatsmore, there is reason to expect that the stability of Canadian policy rates will come to an end in the last few months of 2022. The step taken in Canada has led to speculation as to which will be the next developed countries where monetary policy may become less generous. And all eyes are on Australia and New Zealand.

In all these cases we are dealing with countries with relatively small populations, a significant exposure to commodities and, therefore, to the global economy. So the reaction functions of their central banks, in terms of timing, should not be extrapolated to other advanced economies. Nevertheless, it is undeniable that monetary policy is beginning to shift around the world and investors will not neglect this reality in the coming months.

Just worthy of note that in March, in the emerging world, dips gave way to rises. Amongst the 37 major emerging economies, 32 of them opted for rate stability, while in the remaining 5, rates were raised.