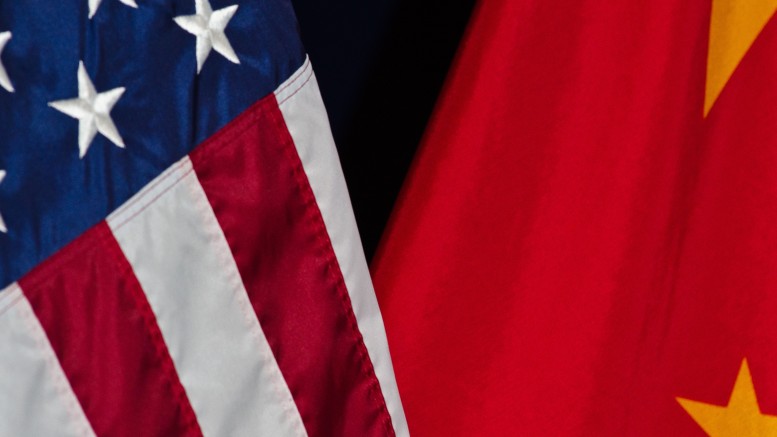 Yukon Huang via Caixin | China’s economic success over the past several decades coupled with America’s struggles to rebuild its economic base since the global financial crisis has spurred a debate about the relative roles for the state and market in guiding each country’s particular form of capitalism. This debate has been nurtured by a widespread sense that the U.S. model of market-led capitalism represents one extreme, with China’s state-led version of capitalism representing the other. Most observers see the two systems as not only fundamentally different in the way they operate but also in the challenges they face. The reality, however, is that the two systems may actually have more commonalities than differences regarding the problems they need to deal with. Moderating rising income disparities. America’s version of capitalism has had no more success in curbing inequality than China’s. Both have generated a Gini coefficient of inequality around 0.45, but different factors are at play. The dominance of China’s state-owned enterprises is seen as exacerbating disparities. But crony capitalism and dollar politics in the West can be just as pernicious. Both favor connected insiders over innovative outsiders. Globalization is also under attack for exacerbating disparities. The incomes for highly skilled workers have increased while returns to the average worker have stagnated across countries. This has contributed to stagnating wages for middle-class workers in the U.S. and widening disparities between China’s trade-driven coastal areas compared to its interior. Trying to moderate such disparities with regulatory and fiscal policies runs the risk of stifling innovation in both countries. However, there is no escaping the need for the American economy to invest more to increase the productivity of its workers. For China, it is more about moving up the value chain to keep growth going.

Designing effective regulatory systems. State-run services can be as vulnerable regarding inadequate regulatory regimes as private provision. The allegations of China’s lax food-safety standards and safety of its high-speed railways illustrate the importance of separating regulatory and operating responsibilities. But the U.S. model of encouraging private provision of utility services is seen as being prone to rising prices and limiting choices as monopolistic forces emerge. It is in the financial sector that both systems face the greatest risks of weak regulatory regimes. Mergers have only increased concentration in the U.S. and accentuated the risk of “too big to fail.” Much has been done to strengthen regulations, but many still feel that incentives for risk-taking have merely resurfaced elsewhere. But China’s state-led approach in banking has its own problems in generating quasi-fiscal deficits hidden in excessive bank lending, with the hidden costs of such practices fueling speculative property bubbles and risky shadow banking.

Reshaping fiscal and financial systems. Both systems are being challenged to use their financial and fiscal systems to support innovation and provide more public services. The share of government expenditures relative to gross domestic product (GDP) has increased across all countries, reflecting the increasing pressures on the state to meet growing social needs, but this has fostered concerns about affordability in the West. Meanwhile, China’s budget plays a surprisingly limited role in an economy where the state controls the bulk of resources and has a broader range of responsibilities. The consequences are excessive reliance on its banks to fund activities that should be financed through the budget, and short-changing much-needed social and environmental services.

Managing risks associated with size. Large corporations can easily undermine regulatory strategies. “Too big to fail” in the West can be just as pernicious as “too big to manage” in China. Scale economies characterize many industries, and therefore front-runners not only take the lead but can also stifle others and ultimately capture the interests of the state. This has been as true for big banks in the U.S. as for the large state monopolies in China, which are getting ever bigger due to plans to promote consolidation and mergers. Both systems fail if there is not strong competition and protection of investors, lenders, and smaller firms against monopolistic practices and fraud.

Promoting innovation. Traditionally, market-led capitalism was seen as being more effective in fostering innovation, but increasingly, America is perceived as having lost much of its dynamism because the state has not played a supportive enough role. The global financial crisis has shaken the basis of the market-led version of capitalism, mainly because of the lack of appreciation of the risks associated with innovation. America’s brand of innovation may be undiminished, but the challenge of defending its strengths has increased.

For China, a much-broader range of industries is needed as its economy becomes more sophisticated. And the state is seen as being unable to jump-start such initiatives compared with the private sector. China’s major state companies may have a prime position at home, but abroad they are not yet global champions of true innovative practices. If domestic returns are high, pressures to innovate or take risks may be reduced. Abroad, their managers may make wasteful investments because financial costs are undervalued and the state has seemingly unlimited resources.