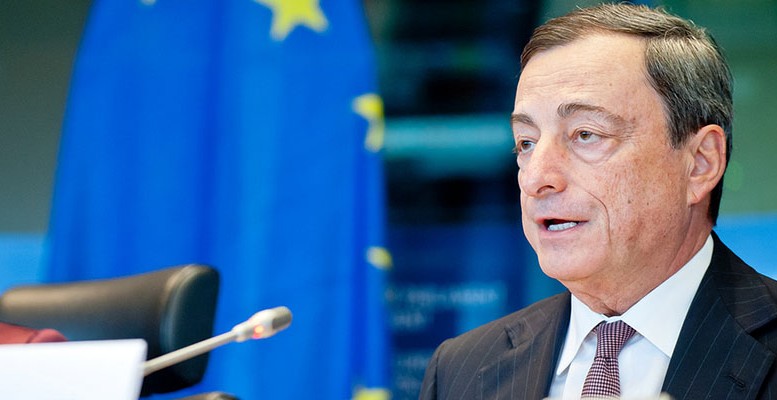 Draghi recently said “the euro is here to stay,” although afterwards he said that “without the single market there is no euro.” It’s a good synthesis of the euro’s situation.

I don’t have the slightest doubt that Draghi is going to do the impossible to keep the euro, but it doesn’t depend on him. The euro is a false project which should have happened when things were more settled, in other words, as Draghi says, “when there was a single market.”

But becoming this single market has been more difficult than people thought, because it’s not just about (but as well as) a single market for carrots, but for everything from fruit and vegetables to financial products. And for this last one, supranational legislation is required which no doubt will be in English. Are we in Spain or Portugal etc prepared to be legislated and judged by courts in English, which will be located beyond our borders. Could such a law be considered democratic if it’s not voted on via the usual PP-PSOE procedures? Now there’s a lot of talk about ending Total Union once and for all, but it seems unimaginable to me. Remember the problem the Bank of Spain inspectors had to be accepted by the SSM because of English. I don’t want to throw sand in the wheels. But it occurs to me that there are numerous insuperable difficulties, many of them related with the language. The head of the SSM called the inspectors “illiterate” because that is what someone is who doesn’t know English these days, according to her. It’s odd that the EU’s official language is that of the only country which is about to leave, slamming the door in our face.

In my view, a new breed is being prepared which knows everything and will manipulate us as much as they want while we don’t know English, and other things. The lack of communication between the euro countries is proverbial. The Belgians still prefer to buy a Belgian hairdryer or TV than a German one. Financiers are already an arrogant breed and no-one understands what they do. The issue of preferentials is just the first in a long list, which can be explained by the increasing distance between those administrating and the administered.

They have put the cart before the horse and I am scared smug attitudes like Draghi’s – which obviously doesn’t control all the important variables – will inevitably fuel a massive explosion of the euro, or else it will choke to death, with luck. Instead of generating a feeling of greater union amongst citizens, the euro has aroused the most nationalistic instincts. The electoral attacks against the euro have only just begun. It may be that Marine Le Pen does not win this time round, but this will not revive the euro. It will only support stock markets, but they are only interested in the short-term. I don’t see any change on the horizon in these opposing trends: the euro versus nationalism. At least they should follow the advice of the Ocelot: “Something has to be changed so that nothing changes.”