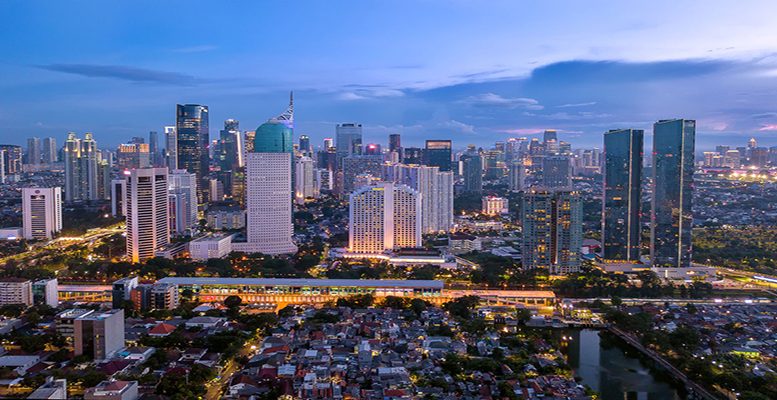 Trinh D. Nguyen (Natixis) | Indonesia is the fourth most populous country in the world with 273-million people, which is expected to expand by 21% by the year 2050 to 331-million Indonesians. The challenge of how to provide jobs for the increase of 28 million working age people by 2050 on top of an already excess capacity 185 million people in 2020 is a pressing concern. Clearly, the answer to this positive demographic transition is a vital increase of investment to raise the capital stock per worker and absorb these working age Indonesians productively.

So far, Indonesia has not lived up to the challenge. Manufacturing foreign direct investment (FDI) declined from 2014 to 2018 due to deteriorating competitiveness to neighbors such as Vietnam as Indonesia is constrained with restrictive investment and labor laws on top of worse infrastructure. Instead of using its labor comparative advantage to grow labor intensive manufacturing, Indonesia gross exports a share of GDP declined from 19.7% in 2014 to only 14.8% in 2019. Thirty percent of Indonesia’s working age population is not gainfully employed and not contributing productively to the economy. Of the total employment, excluding agriculture, only 25% is formal, one of the highest shares in the world and second highest in the region, only behind that of India, according to the ILO.

The good news is that change is afoot. After being informed by the World Bank that few firms consider Indonesia in the diversification push out of China, President Jokowi asked his ministers to come up with a reform agenda. Covid-19 forced the government to focus on short-term challenges in H1 2020, but on 5 October 2020, the government passed the Omnibus Bill that overhauled Indonesia’s investment and labor laws.

The reform bill includes amendment to 79 laws and elimination of thousands of regulations pertaining to business investment. Details of implementation are still being worked on, but key ones are eliminating investment restrictions, lower corporate rates, loosening restrictive labor laws and centralize investment decision making.

Clearly, this is contingent on the implementation of reforms and investors have been disillusioned before of investment reforms implementation that fell short of the headline. That said, the ambitious overhaul targets key roadblocks to Indonesia’s attractiveness as an FDI destination, especially for manufacturing. And that sticky capital is desperately needed both the short and longer term to allow the country to absorb excess labor and fund necessary infrastructure development.

This is a bold, and much needed, step forward for Indonesia and one that will help it plug the financing gap that has persistently plagued its development. Should Jokowi prove successful of reforming Indonesia’s rigid regulatory landscape, it could help diversify the economy from commodity dependent to more manufacturing based and boost not just growth but resilience over the longer term. As Covid-19 has shown, Indonesia’s excessive dependency on external portfolio financing and not diversified economy have held it back from coping with Covid-19 shocks.