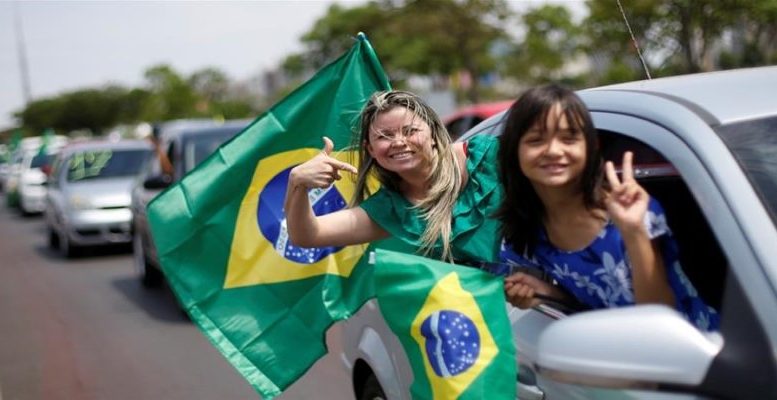 Brazil will elects a new government on Sunday, with Jair Bolsonaro, a right-wing populist, as favourite candite to become  the country’s next president. His main rival is Fernando Haddad, the nominee of the Workers’ Party (PT). According to the latest polls, Bolsonaro is ahead by 11 points. However, as regards to Brazil’s economy outlook, whoever wins the elections, the debt will reign as gross public debt has actually jumped from 51.5% in 2013 to 77% at present. This is what  analysts at AXA IM explain about Brazilian’s “explosive” public debt issue.

The country is a net external creditor, thanks to a strong level of international reserves (US$367bn in August 2018). Public debt is predominantly BRL denominated (96% as of August 2018), non-resident ownership of local currency sovereign bonds is relatively low (12% at year-end 2017) and external roll-over needs for both public and private debt are low, at around 8% of GDP per year. Furthermore, over the last decade, Brazil’s large domestic economy was able to attract strong foreign direct investments, which provide a healthy financing of the current account deficit.

The next administration needs to put the country back on a sustainable fiscal path. Public debt dynamics have been shifting drastically since 2014 given its large and persistent primary deficits and its recession has exacerbated the structural problems of government finances. Gross public debt has actually jumped from 51.5% in 2013 to 77% at present.

Public debt will inevitably rise further despite federal expenditure remaining constant in real terms as requested by the constitutional rule. Simulations to stabilise the debt trajectory by 2023 show the need for a cumulative fiscal effort of 4.5% of GDP (i.e. achieving a 2.5% of GDP primary surplus by 2026). Such adjustment implies a strong willingness and ability to push through structural reforms

Compressing government’s spending will be politically painful. Excluding interest payments, 90% of current budget expenditures are “mandatory”, namely: spending on pensions, civil servants’ salaries, healthcare and education, and subsidies . These types of spending are particularly difficult to reduce and require structural reforms, which need Congress support ahead of implementation. The current administration under President Michel Temer has tried to push through a number of measures. However most of the structural reforms have been rejected or postponed by Congress, such as pension reforms or delaying civil servants’ wage deal, leaving the reduction of federal investments, which have already been compressed to minimal levels, as the only option. Brazil’s primary fiscal deficit reached 1.7% of GDP in 2017, missing the official government target.

All spending items need to be contained. The pension reform comes at the forefront of the consolidation efforts, given the current large weight on public expenditures. Stabilising pension spending requires an increase in the retirement age, unified rules for public and private sectors through a reduction of the generous public employee system, as well as breaking the link between minimum pensions and wages. All of these measures are difficult to push through Congress, as unsuccessful efforts by Mr Temer’s show. The next administration will have to address the same issues as the debt clock ticks louder, raising the stakes for the upcoming elections