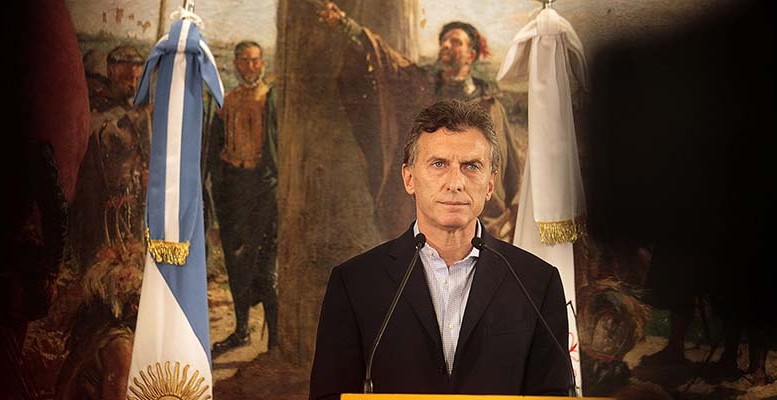 The election of Mauricio Macri, the candidate for the Cambiemos (Let’s Change) coalition, as president has been welcomed as a potential turning point in Argentina’s financial, political and foreign policy outlooks. The country’s economic performance has been overshadowed by high inflation and isolation from global capital markets, and planned reforms will likely boost its exports and could accelerate investment in areas such as infrastructure and the nascent shale gas sector.

Nevertheless, the president-elect, who takes office on December 10, faces a multitude of political and economic challenges. Planned subsidy removal and the likely devaluation of the Argentine peso could generate unrest, and the new president will have to carefully negotiate the politically emotive dispute with debt holdouts. Macri’s reform agenda could also be threatened by a fragile position for his Republican Proposal Party (PRO) in both houses of Congress and the need to appease allies from across the political spectrum, including the leftist Radical Civic Union (UCR), which formed part of Macri’s winning coalition in the presidential election.

Macri’s election will also likely see a shift in Argentina’s foreign policy, notably changing relations with the United States, Venezuela and potentially China. Previous comments by Macri and the appointment of Susana Malcorra as foreign minister suggest a more conciliatory approach to the Falkland Islands (Islas Malvinas) sovereignty dispute, but the subject will certainly continue to generate divisions, especially if oil drilling resumes in early 2016.

Macri’s electoral campaign centered on pledges to strengthen the economy and increase investor confidence by improving financial transparency and reducing the interventionist role of the state. He has announced that currency controls will be lifted and autonomy for the Central Bank will be restored, risking short-term devaluation of the peso that he hopes will be offset by long-term currency stability and a growth of trade. Marking his intent, he has called on Alejandro Vanoli and several Central Bank executives to step aside and announced plans to reform the statistics agency INDEC, which was de facto controlled by the Kirchner administration and censured by the International Monetary Fund (IMF) for falsifying data in 2014.

Another economic priority for the president-elect will be addressing Argentina’s high inflation and its long-standing limited access to international capital markets. Key to this, the resolution of the $1.3 billion legal dispute with a group of holdout US hedge fund creditors, who rejected 2005 and 2010 debt restructuring deals following the 2001 $9.7 billion debt default, will likely be brokered by the IMF. Dwindling foreign reserves have led the government to print money, fueling high levels of inflation that have been masked by government restrictions on independent economic reporting. Although Argentina’s debt repayments will increase, renewed access to capital markets should help curb Argentina’s inflation problem.

The removal of export tariffs and quotas in the agricultural sector are forecast to boost corn exports by as much as 44% by 2018, and wheat exports may rise from 4.7 million tons in 2014 to 12 million in 2018, according to the leading agronomist Pablo Adreani. The move will be popularly received by the domestic agricultural sector, which is estimated to have stores of $8 billion-worth of crops available for export. Macri has also prioritized infrastructure, planning the ten-year, $16 billion Plan Belgrano initiative to boost connectivity between Argentina’s ten provinces in the north and center of the country with key ports, thus further boosting trade. Infrastructure suffered from underinvestment under President Cristina Fernández de Kirchner, with the World Bank Logistics Performance Index recording consistent declines in Argentina’s infrastructure score between 2010 and 2014.

Macri is also expected to build on positive reforms made under the New Hydrocarbon Law in October 2014 aimed at incentivizing investment in the oil and gas sector, including its vast, largely untapped shale gas reserves. Argentina is estimated to hold the second largest reserves of shale in the world, and if the government is successful in tackling broader deterrents to investment linked to currency instability and foreign exchange controls, the sector could grow significantly; though the speed of investment will be somewhat dependent on global energy markets and other key contracting terms such as the country’s high domestic supply obligations. In a positive sign for the sector, Macri has appointed the former Shell Argentina chief executive, Juan Jose Aranguren, as energy minister.

The president-elect has inherited severe economic challenges on multiple fronts. The country has a 30-year record fiscal deficit of 7.2% of GDP, and the IMF predicts the economy will shrink by 0.7% in 2016. Adding to the negative economic outlook is double-figure inflation, estimated by independent economists to be as high as 30%, and foreign currency reserves which are at a nine-year low of under $26 billion.

The pace at which to tackle these challenges will divide politicians and the public. Although shock treatment could resolve some macroeconomic difficulties, the quick removal of price caps on hundreds of consumer products and energy and transport subsidies—valued at nearly 5% of GDP—will increase prices and impact wages, potentially provoking civil unrest and strikes by the country’s powerful and well-organized trade unions.

The speed and extent of reforms pursued will depend on Macri’s ability to negotiate and form political alliances. In the October 25 legislative elections, Cambiemos secured 90 out of 257 seats in the lower house, while Kirchner’s Front for Victory (FPV) gained 107 seats, and third place presidential candidate Sergio Massa’s Frente Renovador (Renewal Front) won 31 seats. Of the 90 seats gained by Cambiemos, 43 belong to Macri’s Republican Proposal Party, raising the potential for dissent from within the coalition, which includes leftist parties such as the Radical Civic Union (UCR).

In order to pass legislation, Macri will also have to appease lawmakers loyal to Massa, who has expressed his support for the president but said he would rebel against policies on which he disagrees. Contentious policies are likely to include the elimination of currency controls and price caps that could impact negatively upon Massa supporters.

As mayor of Buenos Aires, Macri experienced negotiating the passage of legislation with a minority, and the national political system—in which senators traditionally follow state governors who negotiate directly with the president—could also benefit the president-elect. Macri’s ability to secure consensus from the Senate will be essential in securing the approval of a debt deal with bondholders.

*This article was originally published by The Fair Observer  based on a report by Protection Group International.