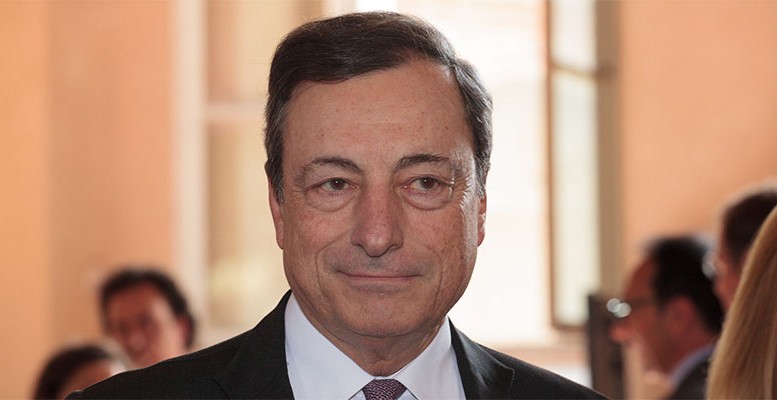 Expectations for Draghi’s second QE programme were running so high that, in the end, he disappointed the markets. Investors had bet on more aggressive stimuli, so the European stock exchanges tumbled over 3% at Thursday’s close (having been in positive territory mid-morning). The euro jumped to over 1,09 dollars (its biggest rise since March) and European debt registered its largest increase so far this year.
The way yesterday panned out wasn’t suitable for people with heart problems. From the start of Draghi’s press conference (1430) until the markets’ close, there was a constant fluctuation in prices, with sudden changes which are very rarely seen. It’s what some call markets’ spasmodic reactions.
The ECB adopted two of the expected measures: the extension of asset purchases to March 2017, including the purchase of local and regional debt (the expiry debt was forecast for September 2016), and the reduction in the deposit facility rate to -0.3% from -0.2%, its lowest ever level. In spite of all this, there were some who thought that the reduction might be up to -0.4%, or that there might be a double repo rate, which would be different for each bank according to their excess reserves.
The ECB also disappointed the markets by not increasing the amount of monthly debt purchases (currently at 60 billion euros). Draghi justified this with more figures: by extending the programme from September to March, a further 360 billion euros of debt will be purchased.
Why did the markets react so negatively? Because Draghi, who has shown throughout his mandate that he is a prudent central banker and a great communicator, showed a lack of prudence in his public appearances prior to today’s meeting. And other ECB governing council members have behaved in exactly the same way.
The market had bet on more aggressive measures and this is a communication error, no matter how much it hurts the Italian banker.
Another important aspect to be borne in mind is the pressure from the”hawks” in the ECB governing council (with Germany leading the pack) not to implement additional stimulus measures. Draghi acknowledged that the measures were not approved unanimously, although by a large majority.
The division at the heart of the governing council goes beyond that. Various sources have highlighted that in the dinner prior to yesterday’s meeting, there was huge tension between the “hawks” and the “doves.” With the measures announced yesterday, it could be that Draghi chose to avoid a disaster or, simply, opted to wait and see how they work out and not use up all his ammunition.