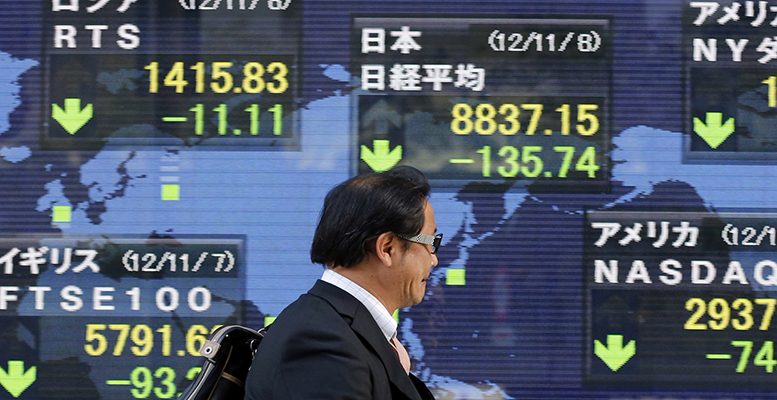 Craig Willy via Fair Observer | It will be a busy few years for Japan, which hosts the G20 summit on June 28-29 followed by the Tokyo Olympics in 2020. The international attention sparks questions concerning how durable its economic success will be.

Prime Minister Shinzō Abe, in office since 2012, has been able to put his stamp on the country’s economic development, above all with his heterodox economic package known as “Abenomics.” This three-pronged approach has entailed loose monetary policy, fiscal stimulus (read: more debt) and modest structural reforms. Japan’s macroeconomic approach has been the exact opposite of that of another major world economy: the eurozone.

While the news concerning the Japanese economy is often gloomy, the truth is that the country has reasonable growth given its demographics, and it has succeeded in providing a high standard of living for its citizens. Japan’s per capita growth has been in line with that of the United States or the European Union. But, despite its success stories, which include an enviable unemployment rate of just 2.5%, all is not rosy.

The Bertelsmann Foundation’s Sustainable Governance Indicators report for Japan highlights some cracks in its solid credentials. “Disposable incomes have risen little in recent years, and real consumption per capita has been flat. In a country that was once hailed as the epitome of equitable growth, a new precariat has emerged,” the report says, adding that structural reforms are essential to secure the nation’s stability.

Indeed, there are worrying signs that the Japanese model of inclusive growth is beginning to come apart. Japan has seen low but steadily rising income inequality since the 1980s. In the past, the limited disparity in earnings was primarily achieved via a kind of social consensus on wages rather than, as in many other countries, through redistribution. However, a deepening divide between protected and “non-regular” jobs means that more and more people, in particular the young, are in precarious employment. Now, some 40% of workers have such “non-regular” jobs, often women working part-time. Furthermore, low pensions mean that poverty has been spreading among the elderly, now reaching the level of southern Europe. These days the earnings gap is more or less at the level seen in the UK.

There are also questions concerning the sustainability of Japan’s deficit-spending, which continues unabated. Japan’s government debt comes up to over 250% of gross domestic product (GDP), an incredible figure. So far, this has not affected the stability of the Japanese economy or, for the most part, the confidence of creditors. Perhaps this is because around 90% of this debt is held by Japanese individuals and institutions, preventing the kind of financial runs that have plagued other economies, whether in southern Europe, Latin America or Southeast Asia.

In the long term, we can provocatively ask whether Japan will have its place in the G20 at all, unless things change. Put simply: the Japanese are disappearing. According to demographic forecasts, Japan’s population of 126 million could shrink to a mere 85 million by 2100.

The Japanese government has taken measures to address this, notably by improving childcare provision, extending parental leave and opening up childcare for 2-year-olds. However, so far the results have been modest. Another option would be to increase highly-skilled immigration. By the end of 2018, there were 2.7 million foreign residents in Japan and the country has opened up temporary residence for skilled foreign nurses. However, Japanese society remains largely hostile to mass migration.

Japanese fertility has recovered somewhat since the low point of 1.26 per women in 2005, reaching 1.43 in 2017. Yet it is still a far cry from the government’s goal of 1.8, let alone the population replacement level of 2.1. Progress seems clearly possible here. In northern Europe, in particular, comparable economic performance has been tied with generous provisions for parents and ambitious measures to increase work-life balance, particularly for working mothers. Comparable measures in Japan could conceivably both increase the currently low workforce participation of women and increase the birth rate.

Losing its frontrunner role in tech

Japan is rightly famous for its accomplishments in the fields of science and technology. The country has a world-class education system and invests some 3.3% of GDP in research and development, one of the highest levels in the world. However, the SGI report notes that “Japan’s strong position among the world’s top technology nations is slowly declining, based on various indicators, including the often-used Nature Index.” The government has sought to increase Japan’s top-tier human capital with a “green card for highly skilled professionals.”

Signaling how Japan may need step up its bid to future-proof its economy, the country had a weak track record on how effective its economic policy has been in providing a reliable economic framework and fostering international competitiveness. On this key question, Japan scored just four out of a possible 10 points, leaving it third from last in the SGI sample of 41 industrialized nations.

Japan will, of course, remain a major economic and scientific pole for the foreseeable future. The country has made special efforts to cultivate strong economic ties with other countries. Shinzō Abe has sought to maintain good relations with the US, has implemented a free trade agreement with the EU, and has signed the Comprehensive Progress Agreement for Trans-Pacific Partnership (CPATPP) with Canada, Japan, Singapore and other Pacific economies. Abe has even suggested that the UK — should it ever leave the European Union — would be welcome to join the Pacific deal.

With the right policies, Japan is well-equipped to maintain position as a factor for stability, prosperity and scientific innovation in our sometimes turbulent world order.