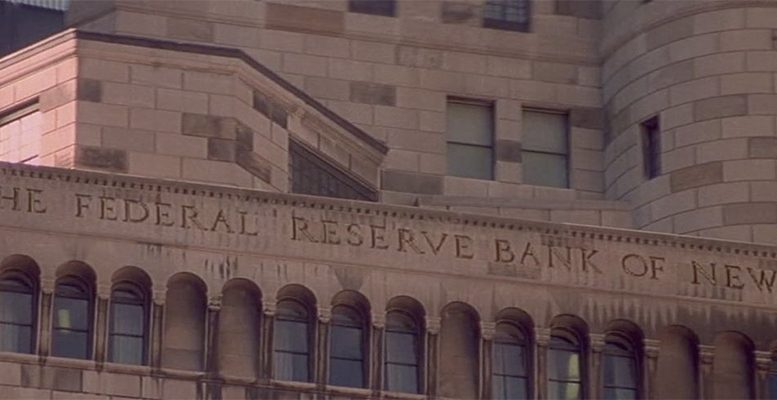 The message unanimously churned out by politicians, central bankers, and ‘mainstream’ economists is that central banks are there for the ‘greater good’.  However, accoding to a market report from Degussa, “unfortunately, nothing could be further from the truth.”

Throughout history, central banks have been created, first and foremost, to fill governments’ coffers. To increase the king’s or elected government’s financial means through an inflationary scheme – usually too elaborate and too treacherous for most people to see through. Central banks are instrumental for putting the ruler — or the ruling class — into a position where they can plunder the people on a grand scale and, by way of redistributing the loot, making a growing number of people financially and socially dependent on it.

For instance, fiat money is inflationary in the sense that it loses its purchasing power over time; it cannot, and does not, serve as a much-needed store of value for savers. Also, the issue of fiat money sets into motion an artificial upswing (boom), which, however, must sooner or later flip to a downswing (bust). What is more, fiat money makes consumers, firms, and governments run into ever higher amounts of debt, pushing them towards a situation of over- indebtedness.

Analysts at Degussa point to an additional severe problem with central banks’ fiat money: it affects income and wealth distribution, and it does so in a non-merit-based, anti-free market way.

In the crisis 2008/2009, for instance, it was the banking and finance industry (“Wall Street”) that was bailed out in the first place. Central banks printed up new money balances, injected them into banks’ balance sheets and offered them generously with extremely low refinancing costs. In the US, for instance, the balance sheet of the banking cartel is now way bigger than it was before the outbreak of the crisis. The banking cartel has weathered the crisis pretty well it has helped to bring about by issuing fiat money in the first place. As explained by Degussa:

It is misleading to think a rise in the quantity of money would be “neutral” in the sense that it would leave peoples’ income and wealth position unchanged. In today’s fiat money regime, the relentless increase in the fiat money supply provided by the banking cartel does not only drive up consumer goods prices. It also pushes up asset prices such as stock, real estate, and housing prices. The holders of assets whose value goes up due to inflation benefit, those holding money balances lose out: The latter’s purchasing power is diminished.

It is difficult to pin down exactly who is a net-winner, and who is a net-loser of the banking cartel’s inflationary scheme. As a rule, however, fiat money holders bear the brunt – especially if central banks push interest rates to negative levels in inflation-adjusted terms; the income of wage earners falls behind the income of those owning assets whose prices inflate. Those getting bank credit are among the first receivers of the newly created money and thus benefit while those who don’t get bank credit are on the losing end.

Those taking side with the “deep state”, which is financed by vast amounts of credit provided by the banking cartel on favorable terms, enjoy secure employment and comfortable pension packages. Firms get profitable business from government orders. In particular, the commercial and investment banking indus- try, with its privileged access to central bank credit pockets enormous profits and pays downright obscene staff compensations.

It would be a mistake to argue that the banking cartel’s fiat money scheme works for the greater good.

It benefits some — typically the few — at the ex- pense of others — typically the many. So it does not come as a surprise that a growing number of people have raised the question: Does the banking cartel make inequality worse? Of course, inequality of income and wealth has many reasons, and as long as people are unequal in terms of inventiveness, industri- ousness, talent, and perseverance, income and wealth will be unequally distributed.

However, sound economic reasoning reveals that the banking cartel contributes to income and wealth inequality, even to a growing gap between the net- winners and net-losers of the fiat money scheme. This kind of inequality cannot be convincingly justified by economic or ethical considerations — for it is the di- rect outcome of the state monopolizing the production of money, and special interest groups taking advantage of the state’s money production monopoly to serve their purpose(s).

This, however, represents one of the perhaps most noteworthy errors in ‘main- stream’ monetary theory. To explain, money — the ultimate means of payment — is useful only for its exchange value. A rise in its quantity does not confer any social benefit; the economy is not better off if the quantity of money increases. As pointed out earlier, an increase of the money supply only benefits some at the expense of others. It is a means to slyly strip the uninformed of their re- sources, shovelling them into the coffers of the informed.

One question remains for Degussa: Does a rise in the quantity of money not induce additional economic activity?

This question implies a proposition that has no basis in sound economic theory. It is a seductive promise at best. For it can be logically argued that there is, and can be, no constant relation between external factors (such as a change in the quantity of money) and human action (such as, for instance, inventing, investing, or producing); the hypothesis “increasing the quantity of money induces growth” is thus logically unsustainable.

So, unfortunately, the Degussa’s market report ends with a bitter insight: Sound economic reasoning will come to the conclusion that the fiat money scheme – represented and upheld by the banking cartel – contributes, and necessarily so, to income and wealth inequality within society. It is one source of widening the gap be- tween the rich and the poor. By all standards, fiat money must be considered socially unjust. The same applies to the collusion between central banks and private banks.

So what is to be done? The solution is straightforward for the firm: Establish a free market in money, shut down central banks, dismantle the banking cartel. As Murray Rothbard says: “ Abolish the Federal Reserve System, and return to the gold standard, to a monetary system where a market-produced metal, such as gold, serves as the standard money, and not paper tickets printed by the Federal Reserve.” Perhaps the debate about growing inequality helps to rehabilitate our money system — something economic insights have failed to achieve so far.