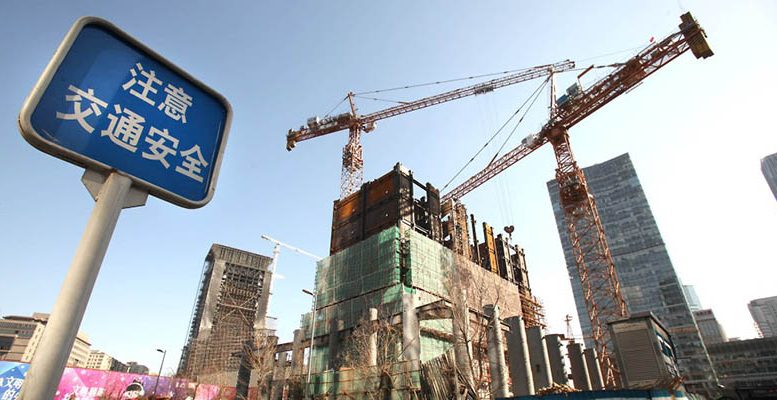 Hu Shuli via Caixin| Market sentiment in China has been increasingly optimistic, following the report of the country’s better-than-expected economic growth of 6.9% in the first half of this year.

Some analysts have again been drawing a rosy picture of China entering a “new economic cycle.” Others are skeptical.

While there is no doubt that China’s economy has shown stronger signs of stabilizing, there is no evidence indicating a new cycle has started. Excessive optimism may be dangerous.

The debate over whether China has entered a new cycle began with a research report issued earlier this year by the Chinese securities firm Founder. The report claimed that China’s economy has been standing on the horizontal line of a development curve resembling the letter ‘L’, which it said is the “start of a new cycle.”

However, it is unclear what kind of new cycle the report referred to, nor is there any clear sign whether it is the short Kitchin cycle (a business cycle of about 40 months long, discovered by Harvard professor Joseph Kitchin in the 1920s), the medium-term Juglar cycle (a seven- to 11-year cycle identified by French statistician Clement Juglar in 1862), or the decades-long Kondratieff Wave (also known as the long wave, ranging from 40-60 years, created by Soviet economist Nikolai Kondratiev in 1925). The idea of a new cycle is more about the expression of confidence in the economic outlook.

It is natural that some are optimistic about the economic outlook, while others remain pessimistic.

Prematurely deciding that a new cycle has started will only make decision makers overestimate the achievement of the ongoing “supply-side reforms,” or economic restructuring, and underestimate the financial risks and ballooning debts in the financial system. A wrong assessment could lead to a missed opportunity to completely reform the economy.

Research shows that China has gone through several rounds of Juglar cycles, featuring growth driven by investment in equipment. However, because of the aging population, such investment has been having less of a positive effect on economic growth.

As the country continues to reduce excess manufacturing capacity, it will take some time to witness a new round of large-scale upgrades to equipment in factories. A longer economic cycle, which is determined by technological revolution, has too many uncertainties right now.

It is too early to predict the coming of a new economic cycle.

The idea of a new cycle also contradicts the official rhetoric coming out of the Politburo meeting in late July. During the meeting, the authorities suggested that the economy was improving but not dramatically so. They emphasized “deepening” or “improving” the current status rather than concluding that the economy has been making a sharp turn upwards.

China’s economy is still lingering at low tide. A research report by CEBM Group, a subsidiary of Caixin Insight Group, shows that the GDP and investment growth rates are still near the lower end since 2010. The country’s economy still faces downward pressures. And the over-reliance on infrastructure and housing investment has not profoundly changed, the report found.

In recent years, the fourth industrial revolution characterized by big data, cloud computing, artificial intelligence and the internet of things — also known as the new economy sector — has been all the rage. China is also trying to inject new energy into its economy by initiating the so-called Made in China 2025 strategy, which aims to upgrade its manufacturing power. There are plenty of opportunities for China to restructure its economy. However, the new economy sector has yet to take center stage.

To truly start a new economic cycle, China needs to switch its driving forces through reform and innovation. Since Caixin launched its New Economy Index a year and a half ago, the monthly figure has been floating around 30, indicating that the new economic sector only accounts for about one-third of the entire economy, which is not an ideal structure yet.

The government pouring out investment money cannot generate a new economic cycle. The key lies in private investment. The inner drive of the Chinese economy can take shape after the government breaks more monopolies and carries out market-oriented reform to boost the confidence of private enterprises.

The new economic cycle will also need the support of a global economic recovery. China needs to further bind itself with the rest of the world in terms of greater exchanges of information, technology, capital and people. To achieve that, China needs to further open up, lower business costs and create a more transparent and predictable environment, in order to achieve sustainable development of its economy.

An economic cycle does not just repeat itself in a circle. It is rather a movement of upward circling. The development since the financial crisis a decade ago has shown that the Chinese economy cannot enter a new cycle unless it successfully accomplishes economic restructuring.

After all, a new cycle does not come out of declaration, but action.