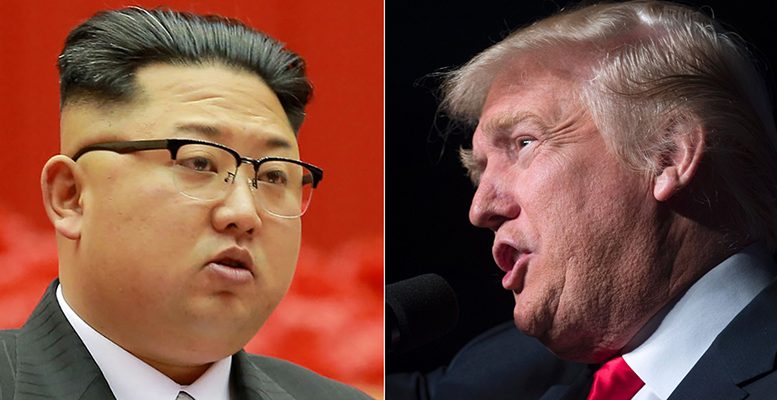 I would like to add a comment to Nicolas Del Moral Garnier’s excellent article. It concerns a factor which contributes a significant systemic risk to the issues which he describes so convincingly.
The biggest financial risk this August – a month particularly prone to financial crises, like the last one which began in August 2007 – is geostrategic: the ongoing misunderstanding between Trump and North Korean leader Pyongyang, whom the latter has threatened with “Fire and Fury” like the world has never seen before.
We hope things won’t get to this extreme, because the war could extend well beyond this small, but dangerous country. The first thing Pyongyang would do would be to fire on South Korea as Ambrose Evans-Pritchard tells us.
But even before we get to the Trump extremes – he is like a child finding out every day how the world functions: when the President of the other Korea explained the complications involved in his cowboy’s plan, he said: “ah, so it’s not to going to turn out to be so simple…” – the dormant markets, where volatility over the last few months has been at the lowest level for 150 years, could wake up and tremble.
Is it a good thing that volatility is so low? Is it not a sign of instability? It depends, as Nicolas del Moral Garnier explains so brilliantly: low volatility can be an indication of unexpected instability; at the end of the day, volatility reflects how the investor sees the panorama. And he can simply be mistaken or not take into account factors like the ones we are talking about here. Stock markets always correct when there are excesses, either on the upside or downside. The truth is the markets are overvalued at the moment, whatever way you look at it. They are trading at a PER which is the third highest in history, so in the face of an unexpected event, they will correct downwards – or spiral downwards – and ruin everything.
There is another factor we need to add to the mix here and it’s not insignificant. As Gabriel Wildau explains in an article in the FT, China is immersed in an important real estate bubble, which adds a systemic risk to the whole world financial structure.
So to sum up: Trump is threatening he will burn Pyongyang’s country to a crisp. All this would do would be to heighten the risk of South Korea being destroyed by missiles launched by “the fool on the hill”, an ally of China. That country would then be implicated in a diplomatic war, or something more, with the US, without any enthusiam. Then what would Japan do? Even before getting to that point, a long while before, the markets would go to the dogs.
So what do you think of the panorama? This risk cannot be avoided with derivatives or things like that. In the event of this happening – and we hope it won’t come to that – everything, shares, derivatives, bonds go down the drain, as happened in the last crisis.