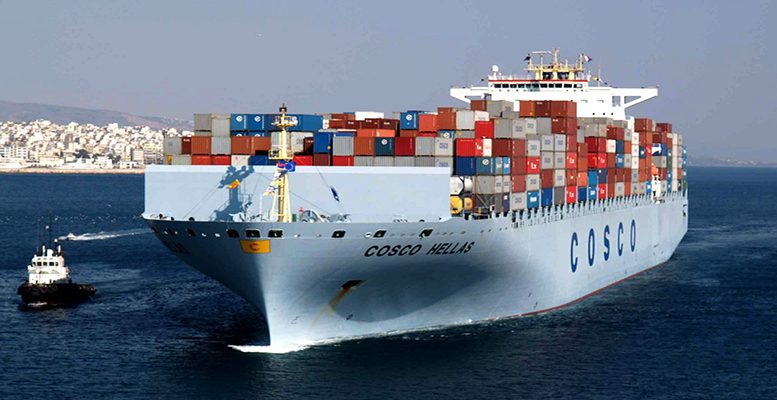 Jens Bastian via Macropolis | In the course of the past decade, China has invested in and provided loan funding for infrastructure projects across Central, Eastern and Southeast Europe. During this period Beijing has also established an institutional architecture across countries in these three European sub-regions. Founded in 2012, the 16+1 network organizes annual Central and Eastern Europe–China Summits.

In practice, the network provides the institutional setting for China to engage on a bilateral basis with countries from different regions in Europe and with a diverse set of membership affiliations. The network is a hybrid amalgamation of states from Riga, Latvia in the Baltics to Sarajevo, Bosnia-Herzegovina in the Western Balkans. Apart from China, which stands for the number one, the political and economic platform included (until a week ago), 13 NATO members. Eleven of these countries are also EU members, five of which are also euro area members, as well as five countries from the Western Balkans.

The network’s secretariat is headquartered in Beijing. It is a top-down, state-driven, leader-to-leader network that negotiates project cooperation on a transactional basis ranging from transport infrastructure over educational initiatives to industrial park construction. The first 16+1 summit was held in Warsaw in 2012. The following summits were held in Bucharest (2013), Belgrade (2014), Suzhou (2015), Riga (2016) and Budapest (2017). In July 2018, the 16+1 members met in Sofia, only a few days after Bulgaria concluded its six months stewardship of the rotating presidency of the Council of the European Union.

In April 2019, the 16+1 caravan moved to Dubrovnik on the Adriatic Sea in Croatia. This 16+1 summit turned out to be the last one in its current composition. Greece applied in 2018 to join the 16+1 network and was now accepted as its seventeenth member. Thus, another country that is simultaneously a member of the EU, the euro area and NATO joined the renamed 17+1 network. In 2020 China will host the first 17+1 summit. One can expect that Greece will try to showcase its new membership by seeking to host the 17+1 summit in Athens in 2021.

For some Greece observers and various China analysts the decision by the Greek government to join the 17+1 network came as a surprise. They shouldn’t have been taken aback. What is rather astonishing is the muted response by Brussels, Berlin and Washington. The move by Prime Minister Alexis Tsipras was a calculated strategic decision and at least a year in the making. Three aspects are noteworthy. They place the government’s integration into the 17+1 network in a wider context of recent developments in foreign economic policy making in Athens.

These three developments, while unrelated to Sino-Greek relations and the 17+1 network, provided political reassurances to potential doubters that the Tsipras government could from now on be relied upon. In practice, the new respectability of the political authorities in Athens gave them enough flexibility to move forward with its membership application for the 17+1 network. This newly-available political space and the absence of public criticism by the European Commission against the Greek government for wanting to join the 17+1 network is instructive for another reason. It stands in sharp contrast to how various EU governments and the Brussels executive reacted when the administration in Rome announced in March 2019 that it would sign an MoU with China on the latter’s Belt and Road Initiative.

However, Greece’s welcome in the 17+1 network should not be seen as a risk-free endeavour. In late March 2019, the European Commission and the EU’s diplomatic unit, the High Representative of the Union for Foreign Affairs and Security Policy, issued a joint communication regarding EU-China relations. The strategic outlook provided by both European institutions stated that “all Member States, individually and within sub-regional cooperation frameworks, such as the 16+1 format, have a responsibility to ensure consistency with EU law, rules and policies” [emphasis added].

The fact that two EU institutions have to explicitly state the obvious, namely that membership in the 17+1 format comes with regulatory strings attached, can be read as a stern reminder to established members and newcomers. Since 2017, the Commission itself has an observer status in the 17+1 network. It is therefore in a position to monitor deliberations of its members inside the network, even if it does not conclude any policy agreements with China therein.

The management of expectations what Athens could gain from its membership in the 17+1 network represents a key challenge for the Greek government. China can claim that its institutional footprint in Europe is further expanding through the MoU with Italy and Greece’s integration into the 17+1 network. It is much less clear how Rome or Athens can garner tangible benefits from high-profile agreements with Beijing. Such accords are heavy on symbolism and framing political narratives. Yet, they carry political risks and may yield little in terms of a feasible return on investment.

*Jens Bastian is an independent economic analyst and financial sector consultant, based in Athens, Greece.