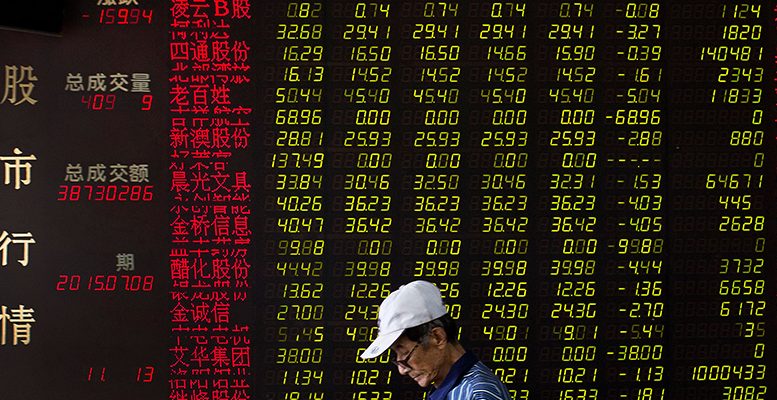 Hu Shuli via Caixin | Balancing between economic growth and cutting leverage has been an eternal conundrum facing policymakers. Nowhere is this need to strike a precarious balance felt more than in China’s money market. It has been rattled by tighter liquidity in the interbank market and concerns over the first macro prudential assessment (MPA) after the new rules were announced last year to assess banks’ performance that take into account off-balance sheet wealth management products when gauging credit risks. The MPA due later in the second quarter is expected to increase capital reserve requirements for financial institutions and add to their liquidity stress.

On June 6, the central bank injected 498 billion yuan ($73.3 billion) in short-term cash to financial institutions via its one-year, medium-term lending facility, boosting liquidity and fueling lending. But at the same time, the central bank has adopted MPA and monetary policy tools in a deliberate effort to reduce financial leverage while maintaining stable growth.

The twin-prop model can achieve multiple policy objectives. Adjusting monetary policy will help curb inflation and ensure growth, while macro-prudential policies can discourage excessive borrowing and risky lending, thereby reducing toxic debt piles that threaten to poison the financial system. The right mix of the two sets of policies will help rein in financial risks while channeling more money into the real economy. Striking a delicate balance was particularly important because China’s financial markets were developing quickly compared to the real economy, and financial institutions have been pouring money into sectors such as the property market, creating dangerous speculative bubbles.

The real economy showed signs of stabilizing in the first quarter but is still fragile given that key economic indicators such as the Caixin PMI readings that measured growth in manufacturing and services indicated possibilities of a further slowdown. Therefore, monetary policy should be adjusted cautiously to ensure that there are no market shocks that will hurt growth. At the same time, regulators need to enforce tightening measures to rein in excess leverage among businesses and financial institutions.

The rapid growth of shadow banking and category-bending wealth management products has posed a fresh challenge to lawmakers by making policy coordination more difficult. Macro-prudential policies that emerged as a new tool to deal with systemic risks in the financial sector since the 2008 global financial crisis might offer an answer to this. But China’s current financial supervisory system is fragmented, with different watchdogs overlooking separate terrains. The central bank, for instance, handles monetary policy to keep inflation under check, while three separate commissions oversee the banking, securities and insurance sectors. Fat government stimuli in the past and a loose regulatory environment are partly to blame for high leverage and financial sector risks.

Regulators have stepped up oversight since last year, but this has led to volatility in the financial market. Any moves that quickly dry up liquidity further may amplify these fluctuations. Therefore, the central bank must carefully monitor the deleveraging process and adjust monetary policy to ensure there is enough — but not too much — liquidity to support growth. At the same time, it can use the MPA framework to regulate banks and their lending business.

This two-pronged approach is still new in China and needs to be refined. The greater use of market mechanisms to adjust interest rates instead of changing the official benchmark rates allows the central bank to have timely and effective control of its principal policy objective — to calibrate the cost of capital in the economy. But regulators should be swift when recalibrating their policy responses based on market conditions to contain speculative bubbles and risky lending while avoiding abrupt tightening measures that could hurt the heavily indebted corporate sector.

Since 2016, the central bank has included cross-border lending, off-balance sheet wealth management products and property-related credit in some cities into its MPA criteria. Banks have urged the central bank to make its assessment process more transparent and to set clear rules. In addition, the central bank should also take into account the differences between institutions instead of pushing a one-size-fits-all system when it comes to assessments. This is particularly important because small and midsize banks have increasingly turned to the interbank market and invested in shadow-banking operations after interest rate liberalization gradually eroded their profits by reducing the gap between lending and deposit rates.

The central bank’s twin-pillar approach also requires support from other regulatory agencies. Effective coordination is vital to ensure that policies issued by the central bank and the three commissions can enhance each other’s impact and reduce any negative effects on the real economy and the financial system. It is the biggest challenge facing regulators and can only be addressed successfully through financial regulatory reforms.