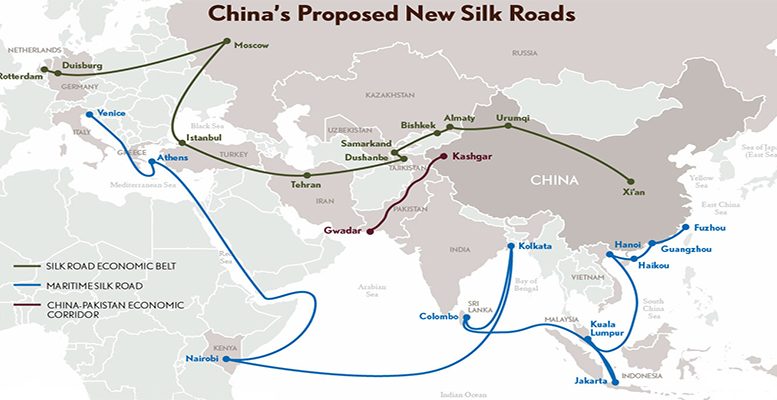 China has launched a trade initiative, known as the New Silk Road, which aims to link the Far East with the West. The first summit is due to take place in May in Peking, to where many representatives will travel; amongst them Spain’s Prime Minister Mariano Rajoy. Those who are most critical of the project say it’s another balloon probe from China, without any substance to it, but the figures don’t lie. The Chinese aspire to importing goods valued at 8 billion dollars until 2022. They hope to invest overseas some 750 billion dollars. And also send 700 million tourists out into the world. “These objectives are reasonable, there is no need to implement any special plan,” Xu Jin, director of government think-tank Chinese Academy of Social Sciences tells THE CORNER.

“That said, this trade initiative can definitely serve as an excuse to drive all these plans forward,” he says.  Amongst other things, China aims to export a large part of its excess steel to all the states included in this New Silk Road.

On a microeconomic scale, different plans have been approved from the provinces. Henan is one of the new special economic regions in the country. Within a 500 kilometres radius of its capital, Zhengzhou, there are a total of 420 million inhabitants. And from there they distribute some 30,000 international products throughout the country.  Their tax system is favourable compared with other places. And they aim to rise to being a reference for international e-commerce. Chang Jihong, deputy chairman of the Zhengzhou Airport Economic Zone, explains: “Our initiatives from Hanan can be included in the concept of the new Silk Road. We are financing everything with the funds earmarked for this plan.” The so-called Silk Road Fund was provided with 40 billion dollars in 2014.

This very month, the China Entrepreneurs Club, the most important private business group, whose members present annual revenues equivalent to 15% of GDP, will celebrate its annual assembly in Henan. And this is not a mere coincidence. The embassies in China of the UK, Germany, France, Canada, the US and Japan have invited cutting-edge multinational companies like BMW. Amongst Chinese businsessmen, we will find Jack Ma, founder of the giant e-commerce firm Alibaba. “During these meetings, multimillion contracts are forged,” says a source from the event. “Whether or not the Silk Road is considered, all this is used to make some juicy business deals.”

Spain still views this New Silk Road with a certain degree of scepticism. For the Chinese, the ‘road’ ends in Madrid, with the symbolic train coming from Yiwu. However, looking at the maps published in other European media, the Chinese road doesn’t go through Spain. These same headlines say this Chinese initiative is no more than empty words, but their multinationals have taken advantage of it to make a lot of money, marginalising Spain at the same time. A country which, on the other hand, is invisible in the main circles of Chinese economic power.