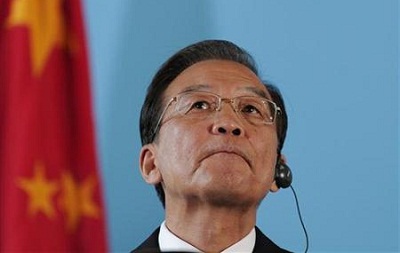 BEIJING | China’s belief that its model of development is legitimate is grounded on the fact that last decades’ rampant economic growth has been possible thanks to the very characteristics that define it. The leadership was convinced that, under such path, success was granted regardless of the fact that they were ignoring certain factors linked to aperture and development.

They did not consider defining points as long as there was a sustained level of exports to, at that time, wealthy West. With a Europe in crisis China needs to urgently rebalance its priorities if it wants to overcome the weaknesses it has been long ignoring.

In spite of the comforting data that China’s PMI has been at a five month high, China needs action. Twenty years ago, the father of economic reform, Deng Xiaoping, toured the South of the country in order to convince the sceptics on how his ‘reform and opening up’ was not threatening socialism. Likewise the new leadership to be elected in Autumn will have to perform a similar exercise but focusing on how to foster internal solutions.

The World Bank, jointly with the Development Research Center of the State Council, has released the report ‘China 2030: building a modern, harmonious and creative high-income society‘. The paper issues the warning that Chinese model of development is unsustainable, alerting of the imminent need of rethinking the model.

Deng Xiaoping asked for a continuous reform. Indeed the World Bank report focuses on those challenges that China has failed to meet due to the too slow pace of reforms: the creation of equal opportunities and the need to focus on the quality instead of the amount of growth. Having said that, where should the engine of growth of this new model be located? According to the World Bank, private companies should take over, with state-owned companies taking a lower profile. This is a move that would indirectly change the statutes of the communist party: the state as the maximum beneficiary of the financial system.

There are plenty of risks. By the end of February, the Chinese Central Bank announced it was going to loosen capital controls. If implemented, it will inevitably result in the country facing new risks. Not doing so would also be risky. Hence, China ends up paradox-trapped. The Communist Party is an expert on undertaking reforms aimed at maintaining the status quo, a strategy that might end up being useless in times of crisis, when mirages tend to fade away quite easily.

High inflation and the lack of social services are not helping either. If China wants to get to the finishing line sustainably, it should think about removing the hurdles instead of just jumping them up. During the opening session of the National People’s Congress, Chinese Prime Minister Wen Jiabao announced that the country’s economic growth target will be cut to a 7.5% in 2012, below the magic number of the 8%. The move shows a change in the dynamics of the government and that is aimed, as Wen explains, at