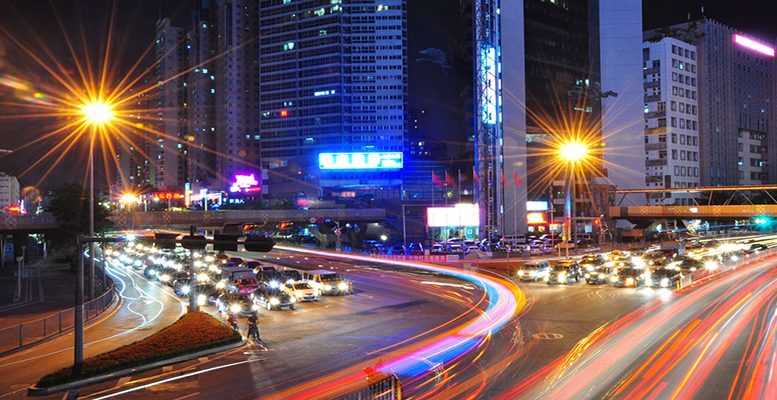 By Cao Wenjiao and Denise Jia via Caixin | After years of booming growth, China’s real estate sector, a major pillar of the world’s second-largest economy, is wobbling.

The fundamentals of China’s real estate market will face “a year of recession” in 2019, China International Capital Corp. (CICC) said Monday in a research report. Sales, investments and new construction starts will decline significantly next year, according to researchers at the largest state-backed investment bank in China. In response, the government should alter policies that were put in place to cool the market, the researchers said.

The assessment reflects the chill in the market that Chinese property developers have already begun to feel, prompting them to dial back land purchases. Growth in China’s real estate investment slowed to 8.9% in September from 9.2% in August, and home sales by floor area fell 3.6% from a year earlier, the first time since April.

During the ordinarily golden September-October property-sales season, slack demand forced developers to offer huge promotions, including free cars and lower down payments. Some developers slashed prices as much as 30%, angering earlier buyers who paid higher prices.

The central government initiated a campaign to control surging property prices in September 2016. Based on previous cycles, policymakers usually begin to relax tightening measures after housing sales have declined for six months. Based on that, CICC projected that the next round of policy easing may come at the end of the 2019 first quarter or the start of the second quarter.

But as China’s economy faces broader headwinds and uncertainty from an intensifying trade war with the United States, CICC’s researchers recommend an earlier policy adjustment. China’s top financial and economic officials haven’t addressed the cooling outlook for the property market.

According to the CICC assessment, property sales across China are likely to fall for the first time in five years, with sales by floor area and by prices both expected to decline 10%. The downward pressure on home sales and prices will be especially obvious in third- and fourth-tier cities, while the property market in the first- and second-tier cities is expected to be resilient.

CICC said it expects real estate investments in 2019 to decline by 5% and new construction starts, by 10%, reflecting weakening fundamentals in the property industry.

China Vanke Co. Ltd., one the country’s biggest developers, recently said “survival” was the ultimate goal for the next three years as a “turning point” has arrived for the industry.

The Mid-Autumn festival and the week-long National Day holiday normally bring buyers out in masses in September and October, spurring residential property sales. But this year has been different, even for the country’s biggest developers.

During the weeklong public holiday at the start of October, sales in 31 cities fell 27% from a year earlier, according to Shanghai-based property consultant CRIC.

A total of 2,332 plots of land, with a gross area of 97.3 million square meters, were available for sale in September, according to a China Index Academy report. That was an 8% decrease year-on-year. A total of 1,950 plots were sold, down 13% compared with the same period last year.

Measures to control housing prices could be maintained, but pricing mechanisms and price tracking management should be improved, the researchers suggest.

On the outlook for property stocks, CICC said it thinks the P/E ratios of mainland listed A stocks and Hong Kong-listed H stocks are at a historic low level. Even though a sales decline will raise concerns about property developers’ sales and profit growth in the short term, the negative effects are likely to be far less than the boost expected from policy adjustment, the bank said.