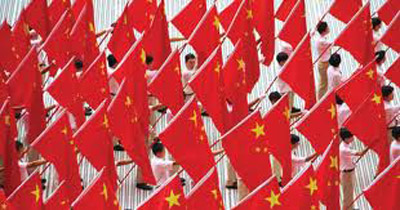 China is willing to help, but everyone has limits. Premier Wen Jiabao told visiting German Chancellor Angela Merkel at a state visit in Beijing on Thursday that Beijing plans to continue buying European sovereign debt, the strongest sign of support for its biggest trading partner in months, although it urged further measures to be taken.

“The European debt crisis has continued to worsen, giving rise to serious concerns in the international community. Frankly speaking, I am also worried,” Wen told reporters after the meeting.

Wen called on Greece, Spain and Italy to embrace budget cuts and get their finances in order. He said the second biggest world economy remains confident in the future of the euro and would seek closer ties with the European Union, the European Central Bank and the International Monetary Fund (known as the troika) to help struggling EU nations.

This is an unusual statement for a Chinese leader. The big dragon always insists that governments should not interfere in each other’s affairs (note its policy on Syria or Sudan, for example). But this is different for the Chinese: Communist Party leaders are increasingly worried about the safety of their European debt holdings. Europe’s downturn has also battered China’s exporters, wiping out thousands of manufacturing jobs. In addition to this, Europe is a key market for expanding Chinese companies.

China Central Bank Governor Zhou Xiaochuan said Beijing would continue buying European government debt in February, but various Chinese agencies, including the sovereign wealth fund, countered the remarks by saying such investments were not wise due to risks, Reuters informs.