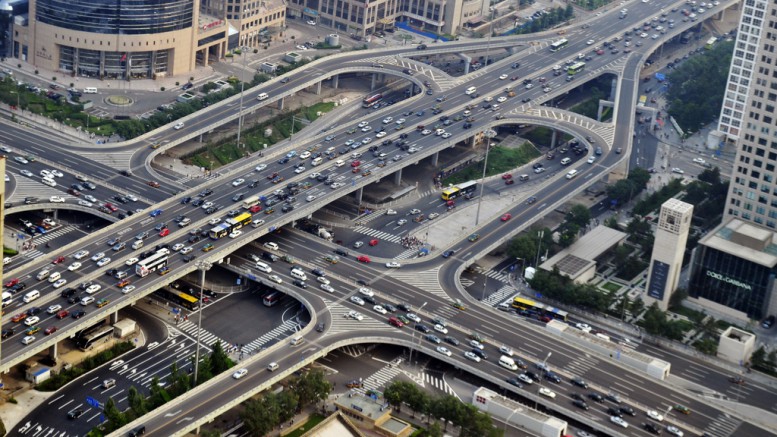 BEIJING | China keeps its developing plans going, and the country turns into a urban nation. A transformation that entails a dramatic achievement and a challenge without precedents in the world. Through a 6 trillion dollar investment, China aspires to urbanize 60% of the country. Building infrastructure such new subway lines, roads, highways and housing will help achieve this goal. As a result, within the next decade, 400 million people is expected to become urbanites. Consequently, the cities and its citizens will become the major engine of growth. Take the Chinese capital as an example. In 2010 the government of Beijing initiated a development plan aimed at improving the links of the city’s less developed Southern area. Happy with the results, in 2013 a new development plan is taking over to continue urbanizing the district.

Investment and more investment that will only flourish through clever and mindful planning. IMF’s country representative in China, Li Yiheng, threw a revealing message when he said China had overinvested in herself. According to the figures, the country invested a 50% of her GDP domestically, a 12% to 20% higher than the world’s average.

With this in mind, in a country that desperately needs a more balanced and sustainable growth, the right choice would be to invest in rational and well planned infrastructure projects. However, as cities become better places to live they become more expensive too, to the extent that people can’t afford the luxury of inhabiting these mega-cities. The issue gets even more pressuring because local governments lack appropriate budgets to invest in social services or affordable housing. Altogether, these expensive cities are creating  critical social and economic challenges.

Nowadays only half of the 700 millions urbanites enjoy official citizenship. For the 50% left, the archaic residence registry system, the so called hukou, permanently attaches them to their places of origin. On top of that, this unshakable system limits the access to education, employment and other social services to the “real” urbanites. Beijing is aware of that and it claims a commitment to the urgent and controversial hukou reform so that the 260 million migrant workers will enjoy a fairer residence status.

The figures released for the second quarter serve as a reminder of the economy’s weak recovery. Following an upward trend for 11 months, China’s PMI dropped for the first time in 2013 reaching a 50.6%, compared to March’s 50.9%. HSBC’s PMI services sub-index dropped for the first time since 2009 (51.1% vs 54.3% in March). According to HSBC, the decline was caused by a manufacturing slowdown and a fall of exports. In this context, Chinese cities emerge as the elixir of economy growth. Specially if indications urbanization plans might be starting to offer some positive results are taken into account. Migrant workers increasingly see emerging second and third tier cities as places with a higher quality of life and greater job opportunities.

A change of mind-set that is triggering a dramatic wave of returns. Now migrant workers look back to their hometowns in search of a better life, far away from the overcrowded and polluted first tier cities they once dreamed about.

Be the first to comment on "China’s emerging cities"