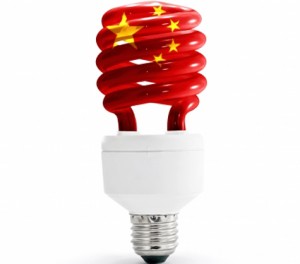 BEIJING | The question on whether China’s economy is expanding or contracting is like answering whether the glass is half full or half empty. The positive official reading signals that there’s no need to worry. With its PMI index calculated after a sample of more than 800 big (and state-owned) companies, PMI is on the rise and above the 50% for the fifth consecutive month.

Conversely, HSBC’s reading doesn’t seem to reach that crucial 50%, staying below the threshold for six months. In April it reached the 49.1% but it fell down to a 48% in the previous months. In an interview with the official news agency Xinhua, the economist from Moody’s analytics, Alaistair Chan, pointed out that such diverging readings were

“due to the fact that HSBC takes its sample from small companies and manufacturers and exporters, which are severely suffering the effects of a lower demand and strict lending rules.”

Indeed, this double reading on China’s economic path shows one of the main internal problems the Communist Party has to face in its quest to increase domestic demand: let entrepreneurs be entrepreneurs. It is believed that China’s shadow banking system amounts to 11.5 trillion yuan, according to the consulting firm Deloitte Touche Tohmatsu, a more than common practice that has invaded the private sector and which can only be wiped away through conscious market reforms. This situation is worsened by a fact also highlighted by HSBC’s PMI reading: Chinese small-medium companies belonging to the sectors worst affected by an ailing Europe.

Nonetheless there is still room for hope thanks to a recent boom of small companies belonging to the service sector, Internet and healthcare which are showing a new direction of China’s business structure. By some form of natural selection, angel investors are helping these innovative entrepreneurs. Wise investment for wise projects that offer new consumption patterns, this a formula that can only be sustained if high quality labour is encouraged, ultimately balancing competitiveness and closing the income gap. With angel investors who only support high quality projects, China eases its transformation into a model of domestic consumption.

Nevertheless, one must bear in mind that even though China manages to engineer a soft landing, small companies on which the progress depends are pushing the numbers well below the desired readings.

Be the first to comment on "China’s PMI: reading between the lines"