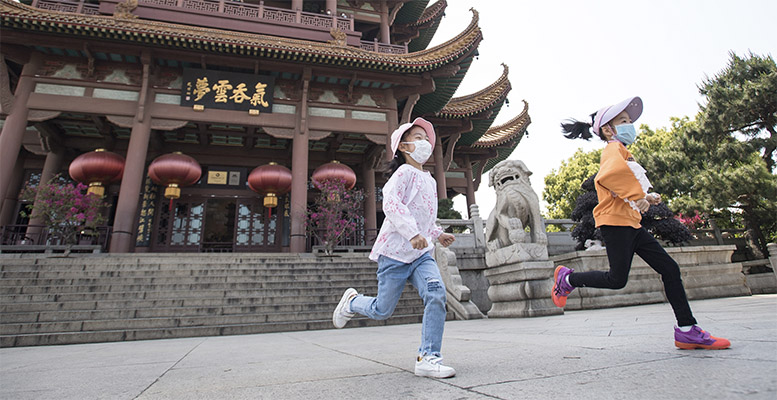 Fidelity | Over 100 million travellers hit the Chinese roads during the five-day May Day holiday, the first major test for domestic tourism demand since the Covid-19 containment measures began to be lifted. Is a strong recovery looming or are consumers likely to remain cautious for a while?

A daily average of 23 million people travelled over the May Day holiday period, a drop of about 50 pct compared to a year earlier, according to the Ministry of Culture and Tourism. But despite the year-on-year decline, it is a big improvement over February and March when most of China was confined due to the coronavirus outbreak. Just a few weeks ago, a three-day holiday in early April recorded only about 14 million daily domestic travellers.

It is worth noting that tourism demand has been hampered by rigid crowd controls to reduce the risk of infection. The ministry ordered tourist park managers to limit the influx of visitors to 30% of their capacity during the May festivities.

International travel remains out of the question, but clear signs of a gradual recovery in Chinese domestic tourism could give other countries a boost in confidence as they look to the future.

“For many people, travel is a way to relieve the stress and frustration of confinement,” says Ke Tang, senior corporate debt analyst at Fidelity. “Travellers are not yet ready to make major expenditures in light of the uncertainty surrounding employment and income growth.”

The average tourist spent about 414 renminbis (about US$58) a day during the May holiday season, 31% less than a year ago, according to the Ministry of Culture and Tourism. However, per capita spending is more than double that of the April 4-6 weekend. Total revenues from tourism amounted to 47.6 billion renminbis for the five days, less than half the figure for the 2019 May bank holiday.

People visited popular tourist attractions during the May 1-5 Labour Day break. Beijing’s Forbidden City sold out its 25,000 tickets before the holidays arrived. Meanwhile, the spectacular Mount Tai in Shandong province registered huge queues from the day before it opened on May 1.

Airlines and trains get back on their feet

While many airlines around the world continue to ground their aircraft, China’s commercial airlines are attempting a recovery. The average daily volume of air passengers has more than quadrupled since mid-February, to about 780,000 on May 5, according to the Ministry of Transport. Similarly, the number of passengers on trains has increased to about 6 million a day, compared to less than a million during the same period.

Overall, Chinese airlines have resumed operations at about 50% of their capacity, well above the levels of 10-30% of many of their international counterparts. They are also doing much better financially than Western airlines, some of which depend on public aid to survive. The large Chinese airlines have relatively strong balance sheets without immediate liquidity problems (having the state as a core shareholder provides additional security).

The historical collapse of oil prices should benefit most Chinese airlines, which have little or no fuel coverage in their accounts. Fuel represents about 30% of their cost base.

Despite the improvement, obstacles remain for Chinese airlines. International flights have virtually disappeared, while within national borders business travel remains at a low level. Future bookings indicate that the recovery in demand remains slow and visibility is poor beyond the very short term.

Meanwhile, hotel occupancy rates sunk to single digits in February due to the pandemic. Since then, however, they have bounced back to around 50%, as we have seen from operators and industry experts. Travel bookings are at around 60% of their normal levels, although tour operators are offering large discounts to keep the business going. For example, the well-known Happy Valley theme park in Shenzhen is offering annual passes for 365 renminbis, whereas before one-day tickets cost 220 renminbis.

“People are relieved that the worst is over, but it’s unrealistic to think that there will be a V-shaped rebound,” says Hyomi Jie, a fund manager at Fidelity. “We might see a gradual recovery in national tourism first, followed by short-distance regional trips where the virus is contained. There is no sign of when international long-distance travel will be normalized.”

What does Chinese tourism need to fully recover? The Chinese authorities, who see tourism as an essential element of domestic consumption, have implemented incentives to support the sector. Tourist vouchers are being distributed in several provinces, allowing travellers to use them for scenic routes, dining and shopping. For example, the authorities in the city of Huzhou in the eastern Zhejiang province have distributed vouchers worth more than 200 million renminbis to tourists since March.

More importantly, the pace of recovery will depend on Chinese consumers’ confidence in their jobs and income growth. So far, China has avoided large-scale job destruction during the pandemic. But it remains to be seen how it will cope with the collapse in global demand for Chinese products. Travel can be a highly discretionary expense for middle-class Chinese consumers, although it is not as large an outlay as housing or education. From now on, we will have to be very vigilant about data on employment, household income and corporate default rates.