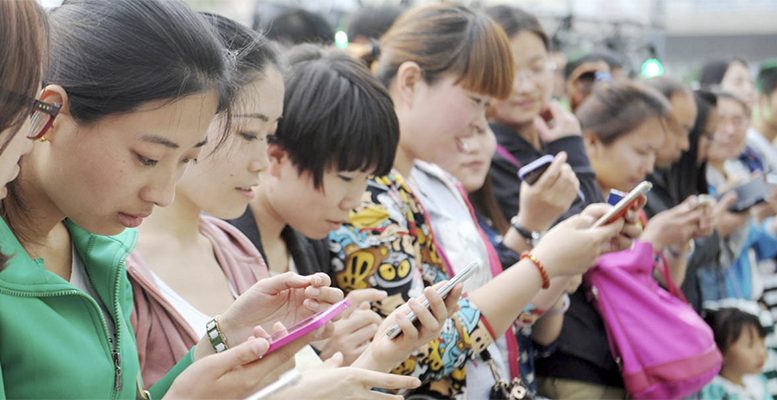 Chinese investors want to make money and insist on having good information. Data applications are appearing on demand and there is a record level of collaboration on information amongst big businessmen.

Information is beginning to have market value in China. Traditionally just propaganda has been consumed, which is free. There is still political propaganda and social issues are censored, but Chinese businessmen have been demanding quality economic information for some time now. It seems logical because, amongst other things, China plans to invest $750 billion outside the country over the next five years. On the other hand, it will import goods worth $8 trillion from overseas. And, lastly, it will send off 700 million tourists abroad. Does anyone really think these figures can be consolidated without a massive amount of accurate economic information?

Something is changing in China. For example, applications dedicated to providing quality information ‘on demand’. Dedao, which you could translate as ‘now you have it’ offers useful information for subscribers after inter-acting with them via social networks and studying their requirements. Its clients represent 0.07% of the total census in China and it charges between 15 cents and $30 for an anual subscription. But this is enough to generate revenues of almost $17 million a year.

That said, economic information on a domestic level is still asymetric in sectors like the financial markets. Investing in the Chinese stock exchange is a lottery because the prices barely adhere to fundamentals. Furthermore, money is comes into the market without much direction, because neither are there any other attractive alternative for investors. This has caused numerous bubbles since the 1990s, although there have been no consequences for economic growth because the stock market only represents 17% of the financial system. Nevertheless, China’s 90 million retail investors want to make money in the stock market and demand information to do that. A software exists, which is free but there is also a paid version, called Dazhihui or “Wisdom”. It’s one of the best stock market apps in China, with detailed company information, and anyone can download it. “The problem is that the information is no use if other malfunctions continue in the markets,” says Wang Chanyun, from Renmin University.

The use of privileged information, for example, is one of these so-called malfunctions. Another one is the fact that when companies list on the stock market, the retail investor cannot buy shares because trading is suspended before the session opens as they have risen more than 10%. “Who has access to them (these shares)?” asks one investor who tried unsuccessfully to buy shares in a company before their value went up by over 2.300%. “My problem was not the information, I knew what could happen, but trading in the shares was already suspended so I couldn’t buy any,” he complains.

There is a record level of shared information amongst big businessmen in China. But they also need guidance for their investment. “It’s much more useful to read comments in a chat from another businessman in the sector than buy a newspaper,” says one CEO who belongs to a community known as Zhisland. This forum includes the founder of Alibaba, Jack Ma and Wang Jianlin, chairman of Wanda Group. It allows a million Chinese businessmen to exchange information. Zhisland also distributes a magazine to its members, ‘Decisión Reference’ signed by top experts from big Chinese multinationals like Fosun, Alibaba or Lenovo.

“Our businessmen periodically organise visits to other countries,” explains Zhisland’s Liu Xiaoxia. “Recently, we have organised meetings with investors like Warren Buffet or Jim Rogers. Chinese companies are not uninformed.” These off-line activities are increasingly more frequent in China. The businessmen themselves, faced with biased information, have found their own ways of keeping informed. “And they are prepared to pay for it, because not knowing about the market is always more costly,” Liu concludes.