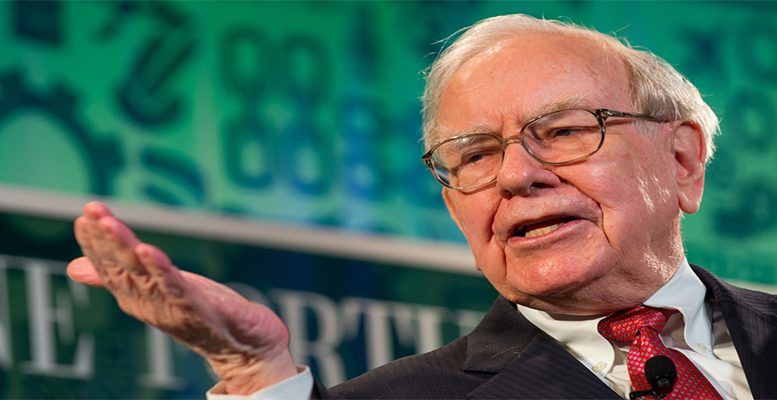 Be passive! That seems to be the key for successfully investing these days. Put your money in an ETF that targets a basket of stocks, or, even better, into an indexed fund and forget about the rest. It is a market trend that has been blessed by no other than Warren Buffet. In his last encyclical (otherwise known as, simply, Berkshire’s letter to shareholders), the Oracle of Omaha tells his flock:

“In Berkshire’s 2005 annual report, I argued that active investment management by professionals – in aggregate – would over a period of years underperform the returns achieved by rank amateurs who simply sat still. I explained that the massive fees levied by a variety of “helpers” would leave their clients – again in aggregate – worse off than if the amateurs simply invested in an unmanaged low-cost index fund.

Subsequently, I publicly offered to wager $500,000 that no investment pro could select a set of at least five hedge funds – wildly-popular and high-fee investing vehicles – that would over an extended period match the performance of an unmanaged S&P-500 index fund charging only token fees. I suggested a ten-year bet and named a low-cost Vanguard S&P fund as my contender. I then sat back and waited expectantly for a parade of fund managers – who could include their own fund as one of the five – to come forth and defend their occupation. After all, these managers urged others to bet billions on their abilities. Why should they fear putting a little of their own money on the line?

What followed was the sound of silence. Though there are thousands of professional investment managers who have amassed staggering fortunes by touting their stock-selecting prowess, only one man – Ted Seides – stepped up to my challenge. Ted was a co-manager of Protégé Partners, an asset manager that had raised money from limited partners to form a fund-of-funds – in other words, a fund that invests in multiple hedge funds.”

In the epistle, Buffett cannot avoid basking in the glow of his success:

So, it is way better to put your hard-earned dollars in an indexed product. Funnily enough, he who says this is none other than the King Of Stockpicking, i.e., Mr. Buffett, whose assets range from Apple to airlines and from oil companies to finance, consumer products and food.

Whatever the merits of spending a quarter of a million dollars to get a share of Berkshire, the wager shows that passive investing is becoming the norm.

This is causing some of the stars of Wall Street to crash. The ‘Tiger Cubs’ (funds either seeded by legendary investor’s hedge fund Tiger Investment, or established by his former employees) were decimated in 2016. Per ‘The Wall Street Journal’:

“For the year, hedge-fund losses at Tiger Global Management LLC were roughly $900 million, marking a 15.3% loss. Lee Ainslie’s $11 billion Maverick Capital Ltd. was down more than 10% in its flagship fund, while Viking Global Investors LP lost 4%, according to investors and people familiar with the firms. Other one-time employees of Mr. Robertson posted small gains or losses.”

If Buffett is the ‘King of Stock Picking’, Robertson is the ‘Prince’. The main difference, obviously, is that the former is a long-term investor, while the latter tends to ‘play’ more with the assets under his management. But, in a world where the stocks of whole industries move in unison, being more of a short-termer is more dangerous.

And, then there is the issue with the fees. Buffet does not charge fees for purchasing a share of Berkshire, but hedgies have largely relied on sophisticated forms of highway robbery,  also called ‘management fees’, mainly the infamous 2/20 rule (2% of assets plus 20% of any increase in value). It does not seem to be a coincidence that hedge funds are cutting their fees. Just three days after Buffet’s conclave in Omaha, historic hedge fund Tudor (of the House of Tudor that ruled England until 1603, and Tanzania’s Serengeti National Park’s benefactor) cut its fees for the second time in one year. So, the message for 2017 — and beyond — is: Thou shalt not invest actively, for it is foolish and improper.