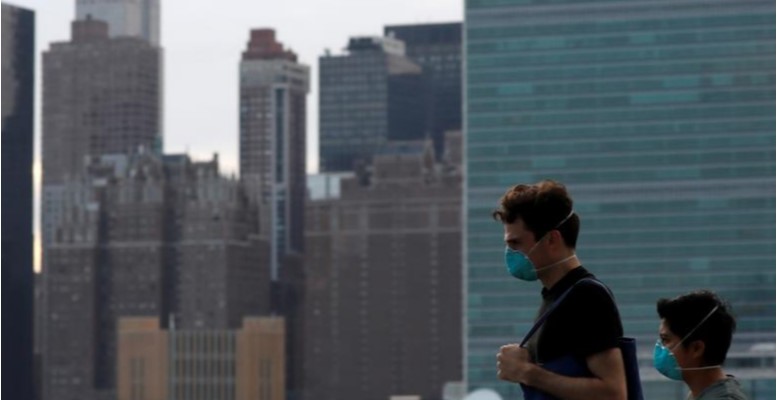 Daniel Wagner | Many Western governments are willing to climb any mountain and pay any price to save lives. In the process, many of them are also politicizing their response to the coronavirus pandemic while acting too late and too meekly, setting the stage for what is yet to come. The West can learn a lot from the response of the governments of China, Singapore and South Korea, which clamped down, instructed their populations to stay at home and ensured that they did so. These governments did not panic or overreact; they simply did not under-react, as America and much of the West have done.

The Trump administration has proven itself to be inept, criminally so, by causing hundreds (and soon, thousands) of American citizens to die as a result of its bungled response. A combination of the president’s delusion, complicity by members of his cabinet and government, and blind, unrelenting loyalty by his supporters are causing a human catastrophe. Even now, weeks after it has become clear what this virus is and what is at stake, the Trump administration continues to lie, obfuscate and delay, swirling in a cauldron of denial and incapacity to act responsibly, swiftly and effectively.

Cities and states in the US are having to compete on the open market — often against the federal government — for critical medical supplies of which there should never have been a shortage had the government had an ounce of preparedness, foresight or managerial finesse. Like the world’s other governments, Washington had more than two months’ notice that this virus was on its way to American shores. The absence of effective federal oversight and management of the COVID-19 crisis will undoubtedly be judged by historians as the biggest US governmental calamity of all time.

Congress’ willingness to print trillions of dollars in an attempt to put a Band-Aid on the resulting gaping wound may, on one hand, be viewed as an act of bravery, but may otherwise be considered sheer madness. We live in a capitalist world: Companies fail all the time, for a hundred different reasons. Rich and poor alike are paying a heavy price. The need for trillion-dollar bailouts is the result of a failure to act on the part of governments with the capability and resources to do so.

Much of America’s bailout package is little more than pork-barrel politics, occurring during election season with a bright red bow wrapped around it. Having indicated that there are more such multitrillion-dollar bailouts to come sends the wrong signal to non-essential companies, encouraging them to continue to work the halls of Congress in the interim and merely delaying the day of reckoning. In the meantime, it is saddling future generations with more insurmountable debt.

This virus is likely to remain a permanent part of our natural ecosystem going forward. Until there is a vaccine (which is likely to be 12 to 18 months away) and until the world’s population can be inoculated against it (which is probably two to three years away), the battle against COVID-19 will endure. How much more money can or should be spent to keep 2% of the global population from dying or the remaining businesses from failing using taxpayer dollars? How many future generations will end up paying the debt incurred because of the largesse with which bailout packages are being dispersed? US Congress is prepared to print and spend many trillions more.

This pandemic is now poised to take its most devastating toll on America in the coming weeks and months. It is an opportunity for us all to reflect on relative costs — of human lives, of businesses and of not acting with a good dose of common sense, which is often lost in translation during times of crisis. Sadly, too many lives will be lost, too many businesses will fail and too many people will not reflect upon this crisis with much needed perspective. When historians review this period in world history, they are likely to come to the conclusion that many governments’ response was nothing short of insane. How many lessons will have been learned and remain in our collective psyche long after the fact? As previous crises have proven, too few.