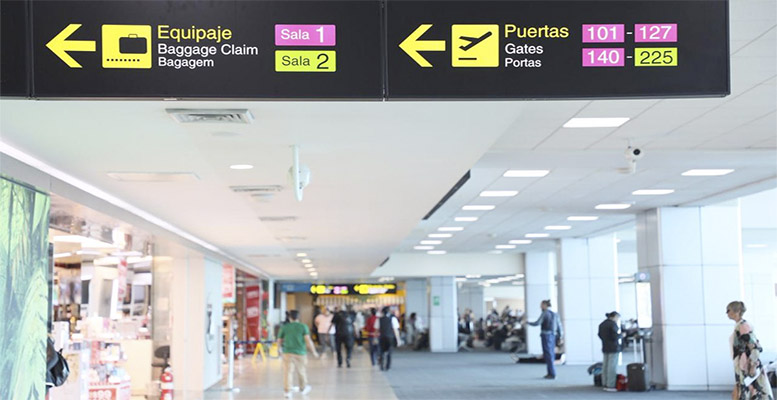 As a result of the measures adopted in recent weeks, AENA has been affected by a drastic reduction in air traffic and the virtual total shutdown of commercial business throughout its airport network. Up to 24 March, passenger traffic in the Spanish airport network registered an accumulative decline of 45.5% from a year earlier. This is the result of an increasingly negative trend in the evolution of air traffic. On 24 March specifically, there was approximately a 97% reduction in the number of passengers in the Spanish network as a whole versus the same day the previous year.

Given this situation and the lack of visibility as to when this trend will abate, the 2020 traffic estimate and business prospects announced by AENA at end-February are currently no longer valid. And it is not possible to quantify a reasonable estimate for them for the year as a whole.

On Monday 23 March, AENA said that in order to adapt to the state of emergency and the consequent drop in activity, it is going to adjust the capacity of its airports to specific operational needs. This would involve temporarily closing some of its spaces and terminals. The aim of this adjustment is to achieve a EUR 43 million reduction in the average monthly cash outflow for operational costs. Furthermore, AENA has temporarily cancelled its investment programme, which will mean a monthly decline in average cash outflow of approximately EUR 52 million.

At present, AENA has cash and credit facilities of EUR 1.350 billion. It also has the capacity to issue through the Euro Commercial Paper (ECP) programme up to EUR 900 million, of which it has issued EUR 350 million. The issuance of new notes will be assessed in accordance with the availability of this market.

At its meeting on 24 March, AENA’s Board of Directors cancelled the Shareholders General Meeting scheduled for 31 March and 1 April, at the first and second call respectively. Its dividend proposal will be evaluated when the Shareholders’ Meeting is reconvened.